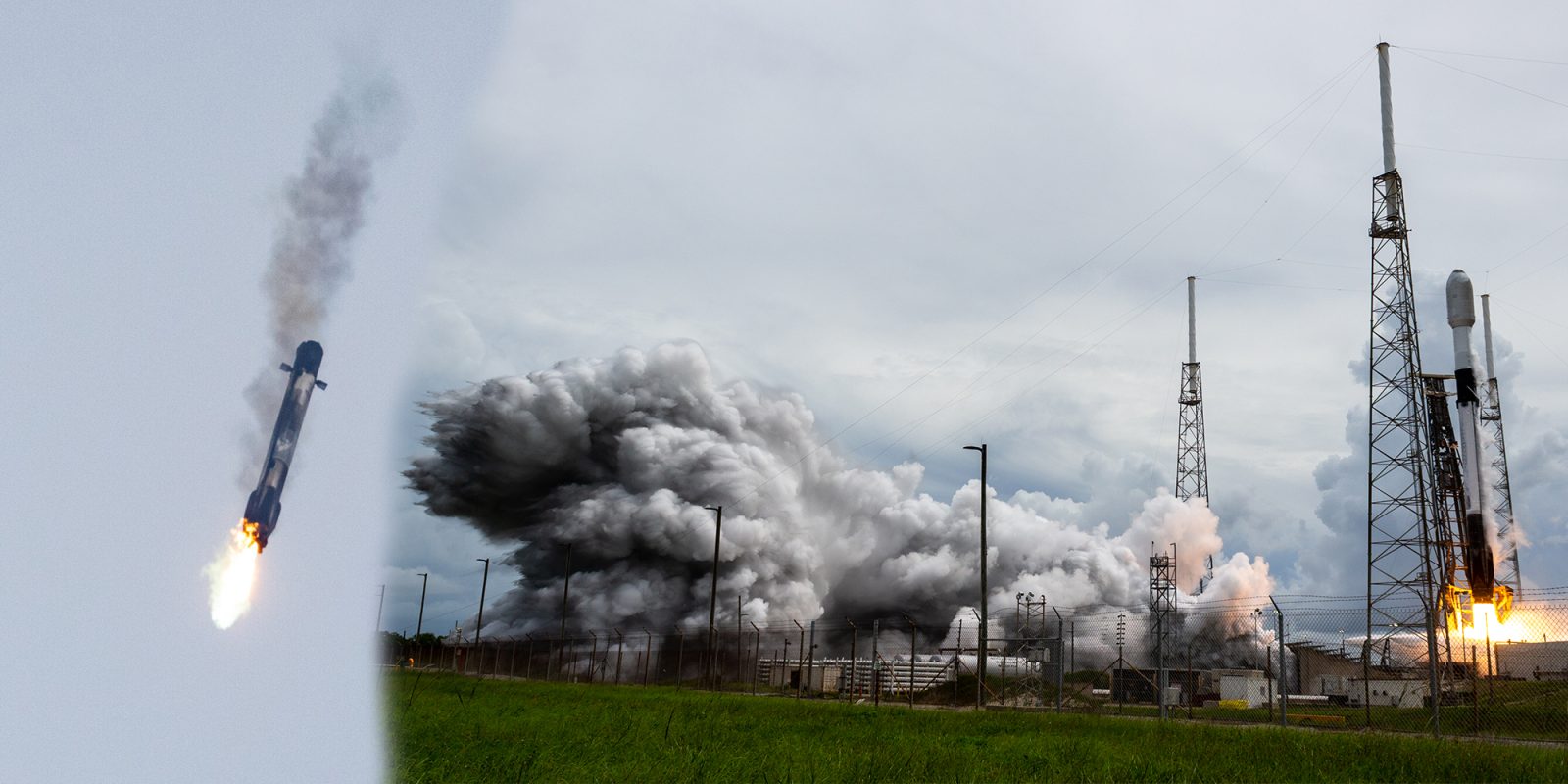 This mission featured a Polar orbit and a Return to Launch Site landing. This means the Falcon 9 appeared much higher in the sky than it does for a normal Starlink launch. We were also treated to an increasingly rare landing at LZ-1.

Transporter-2 was delayed 24 hours due to an aircraft entering the restricted area, and scrubbing the first launch attempt. SpaceX made use of their 58-minute window and adjusted the time from the window opening at 2:56 p.m., to 3:11 p.m., then to 3:31 p.m. EDT. This was in order to time the launch for the best possible weather conditions.

This image composite, with photos taken at a regular interval, helps show Falcon 9’s deceleration as it approaches the landing pad.

These photos are by Daryl Sausse, Jared Base and Derek Wise for Space Explored, and we have more to come! While digital photography makes up the vast majority of photos, especially for fast-paced work, film is still alive and well!

Film introduces additional challenges, especially for remote cameras. In order to capture some of the great, close-up views of rockets, cameras are set near the rocket well in advance of launch, with devices set to take photos on a camera based on sound. While we hope for this sound to be the ignition of the Merlin engines, sometimes they can be triggered by rain over the water-resistant enclosures.

After a helicopter delayed the first attempt, the remote cameras sat at the launch pad overnight, through multiple rain showers. While taking some extra photos on digital cameras isn’t too much of a problem, as they can store thousands of photos, on this roll of film there are only 36 exposures. Now we wait as Daryl develops the film photos, both from the remote film camera and the camera with him, to see what he captured! Be sure to follow Daryl’s Twitter to see what he captured, and will update this post with the results!

As you can see, the overnight rain at the pad triggered the camera to fire 30 photos of the 36. Thankfully, those last six remained for the liftoff of Falcon 9. I, for one, love seeing the continued use of film to augment the use of digital cameras.