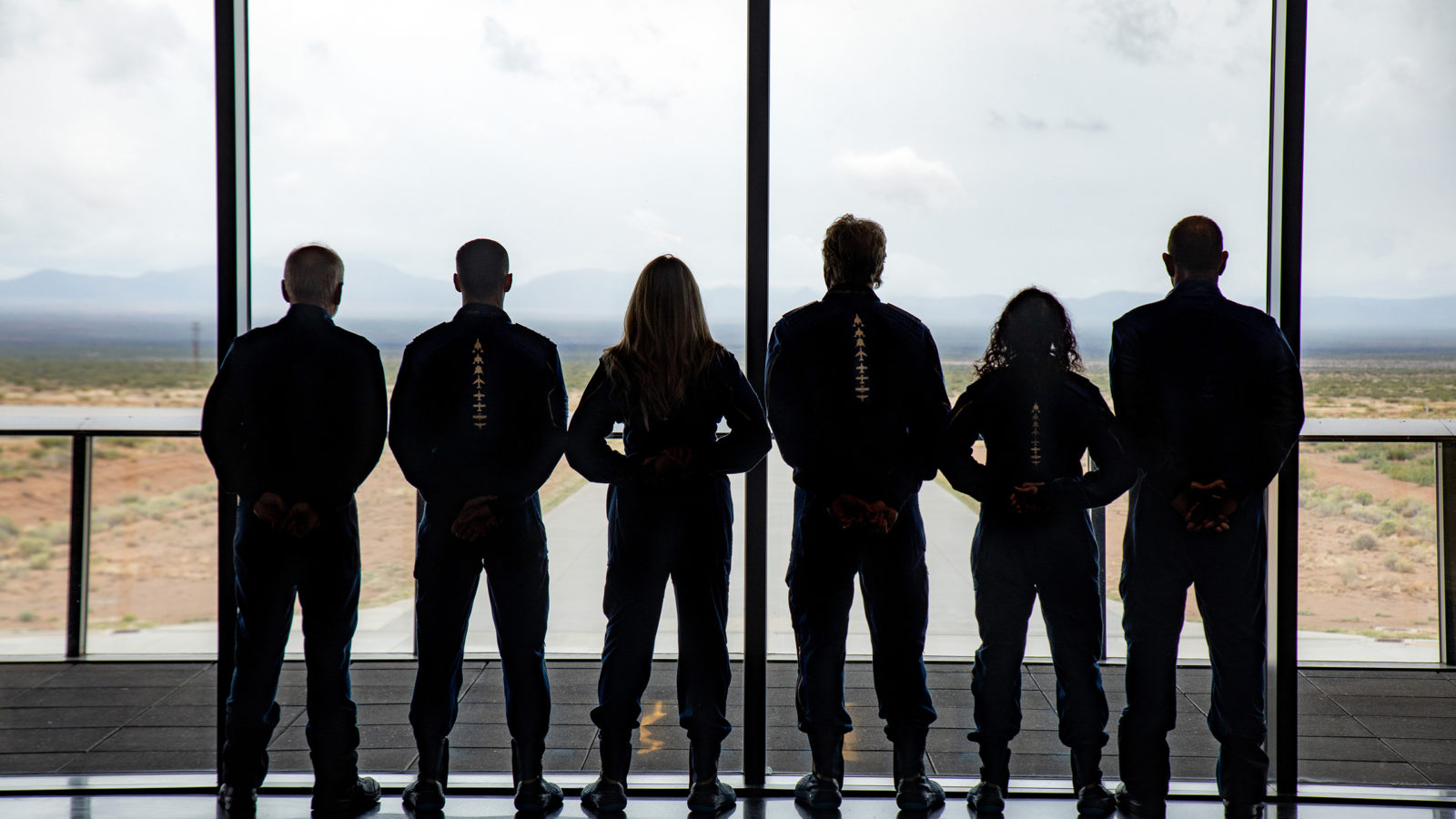 The moment that Sir Richard Branson, Virgin Group founder, has been waiting to do for decades has come. He will finally join an elite group of people to ride a vehicle into space with Virgin Galactic’s first fully crewed mission.

Today starting at 10:30 a.m. EDT Virgin Galactic will attempt to send their founder and group of pilots and mission specialists to the edges of space and back. The mission will use their VSS Unity rocket-powered spaceplane and their VMS Eve mothership.

The crew of VSS Unity will be taken up to an altitude above Earth’s surface by its mothership VMS Eve. Next Sturckow and Latimer will drop Unity and Mackay and Masucci will start Unity’s hybrid rocket engine. This engine will power Unity to a max altitude of just above 50 mi (80 km), FAA’s recognized boundary of space.

If the flight is successful today, this will give Branson, Bennett, and Bandla their astronaut wings and would also make Branson the second oldest person to go to space, right after John Glenn. You can find coverage of their flight almost anywhere but the official livestream hosted by Stephen Colbert and featuring music by Khalid will be found on their YouTube channel.

July 11th, 12:54 p.m. EDT: The live coverage has concluded from Virgin Galactic. and since Virgin Galactic and Richard Branson have seemed to have already forgotten. We remember the test pilot Micheal Alsbury who tragically lost his life flying VSS Enterprise on an early test flight back in 2014. His sacrifice helped lead to the safe flight and return of the Unity22 team today in New Mexico. Ad Astra Micheal.

July 11th, 12:43 p.m. EDT: Branson announcing that they have partnered with Omaze to enter a sweepstake to win 2 seats to go to space on Virgin Galactic and tour of Spaceport American with him.

July 11th, 12:28 p.m. EDT: Elon Musk has joined in congratulating Branson on his flight. A new report came out reporting that Musk is now a ticket holder for a future mission with VG.

July 11th, 12:24 p.m. EDT: Sharon Hagle, founder of SpaceKids Global spoke about how she’s excited to take flight with VG as an astronaut.

July 11th, 12:11 p.m. EDT: According to Space News reporter Jeff Foust, there seem to be wrinkles in the fuselage of VSS Unity. This could mean nothing, press normally haven’t been this close to the plane after it has landed so it could just be speculation into a regular problem.

July 11th, 12:09 p.m. EDT: The Unity22 crew has exited VSS Unity and joined their families back at the terminal building.

July 11th, 12:03 p.m. EDT: Khalid has finished his performance and VSS Unity has begun to be towed back to the hanger.

July 11th, 11:58 a.m. EDT: Congratulations have begun flooding into Richard Branson and the Virgin Galactic team, including the head of the US Space Force.

July 11th, 11:52 a.m. EDT: When the crew members receive their astronaut wings they will be presented to them by Chris Hadfield.

July 11th, 11:43 a.m. EDT: Next up on the livestream will be Khalid’s musical performance and a ceremony to present the first-time space flyers with their commercial astronaut wings.

July 11th, 11:35 a.m. EDT: Richard Branson shared his thoughts about heading to space and congratulated the teams that made this happen.

July 11th, 11:29 a.m. EDT: Currently the passengers are returning to their seats as they begin reentry.

July 11th, 11:22 a.m. EDT: The VG pilots and mission control teams are going through their final checks before launch.

July 11th, 11:20 a.m. EDT: Virgin Galactic has mentioned they would check in with the crew throughout the flight but we haven’t seen that happen just yet.

July 11th, 10:52 a.m. EDT: VG is showing a video of the mission specialist singing a “guest book” at the spaceport.

July 11th, 10:50 a.m. EDT: Colbert handed it over to a panel of live hosts at Spaceport America including Canadian Astronaut Chris Hadfield.

July 11th, 10:38 a.m. EDT: Still waiting not the full start of VG’s livestream but the chase plane has begun taxiing out onto the runway.

July 11th, 9:46 a.m. EDT: The Unity22 team has left for the spaceport terminal and are on their way in a Land Rover SUV to USS Unity.

July 11th, 8:51 a.m. EDT: VG shared a video of Branson arriving at Spaceport America on a bike for his historic flight.