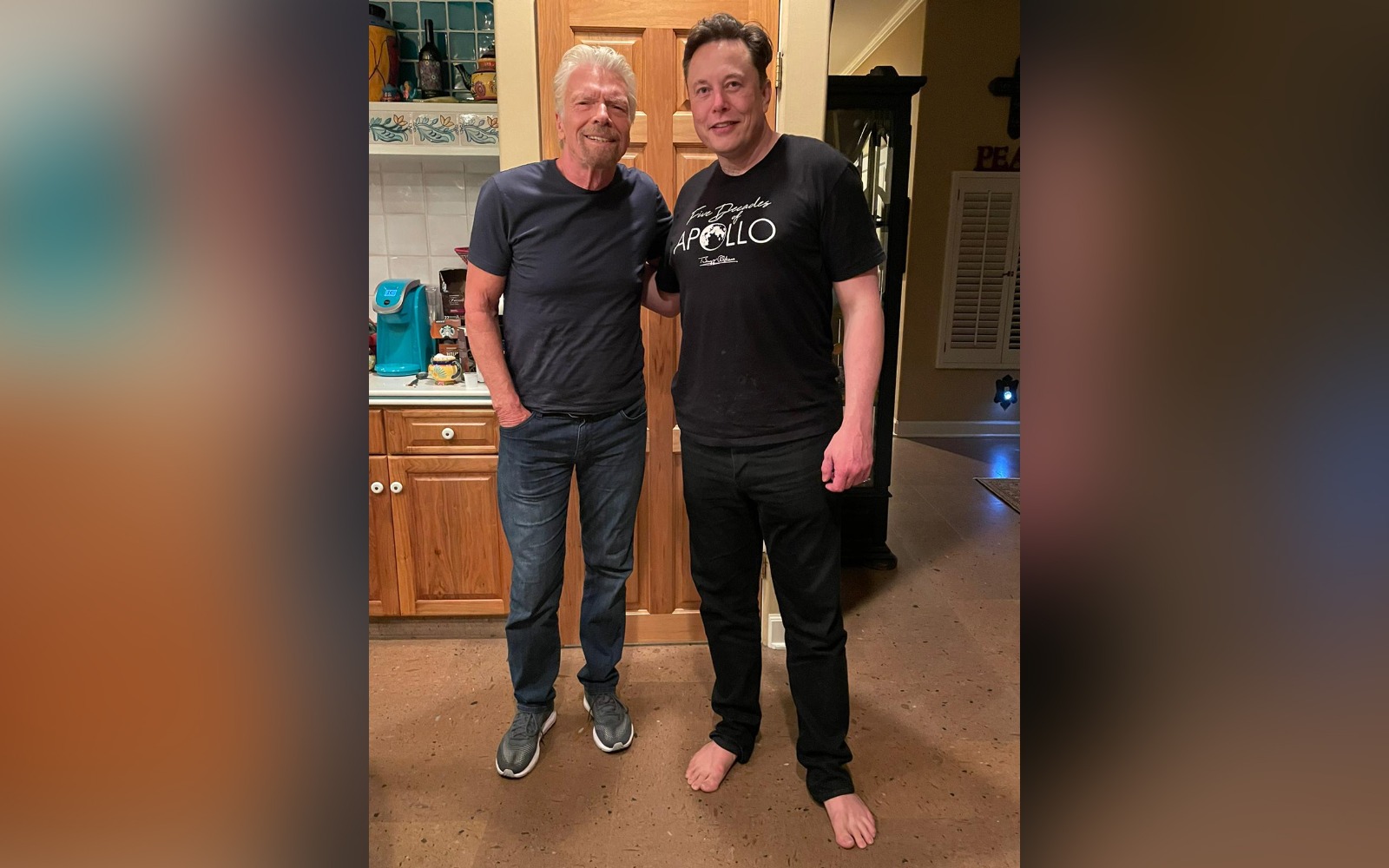 The Wall Street Journal has been able to confirm that Elon Musk has bought a ticket on Virgin Galactic. Although Musk himself hasn’t said anything.

Today we witnessed history as the first fully crewed flight of Virgin Galactic’s spaceplane VSS Unity. This was one of the final test flights before Galactic begin flying paying customers next year.

The flight included a cadre of mission specialists that evaluated the flight from a variety of viewpoints, experiments from the University of Florida in Gainesville were even used. The flight also attracted celebrity appearances at Spaceport America including Canadian astronaut Chris Hadfield, comedian Stephen Colbert, musical talent Khalid, and also SpaceX CEO Elon Musk.

Musk and Branson are reportedly good friends and he was happy to take time away from Starship development in Texas and watch the flight in person. While Branson’s and Blue Origin founder Jeff Bezos have been feuding over reaching space first, Musk has been quiet and head down on building his Martian rocket.

But according to an interview with Branson by The Sunday Times, Musk will join the club and go to space onboard Virgin Galactic. Branson stated that Musk has paid the $10,000 deposit on a possibly $250,000 -$500,000 ticket. No other news has been released about when he will fly and he personally has not confirmed the purchase yet.

Many might say “Why doesn’t he just fly on Dragon?” which is a great question. The best guess is the cost and resources that go into such an event. Virgin Galactic is designed to operate like this while SpaceX handles missions to orbit and to the International Space Staton. This includes employees at multiple agencies and companies and costs more in the tens of millions rather than hundreds of thousands of dollars. Musk has stated that he does eventually want to go to Mars, which might be the last laugh for all the billionaires out there trying to one-up each other.