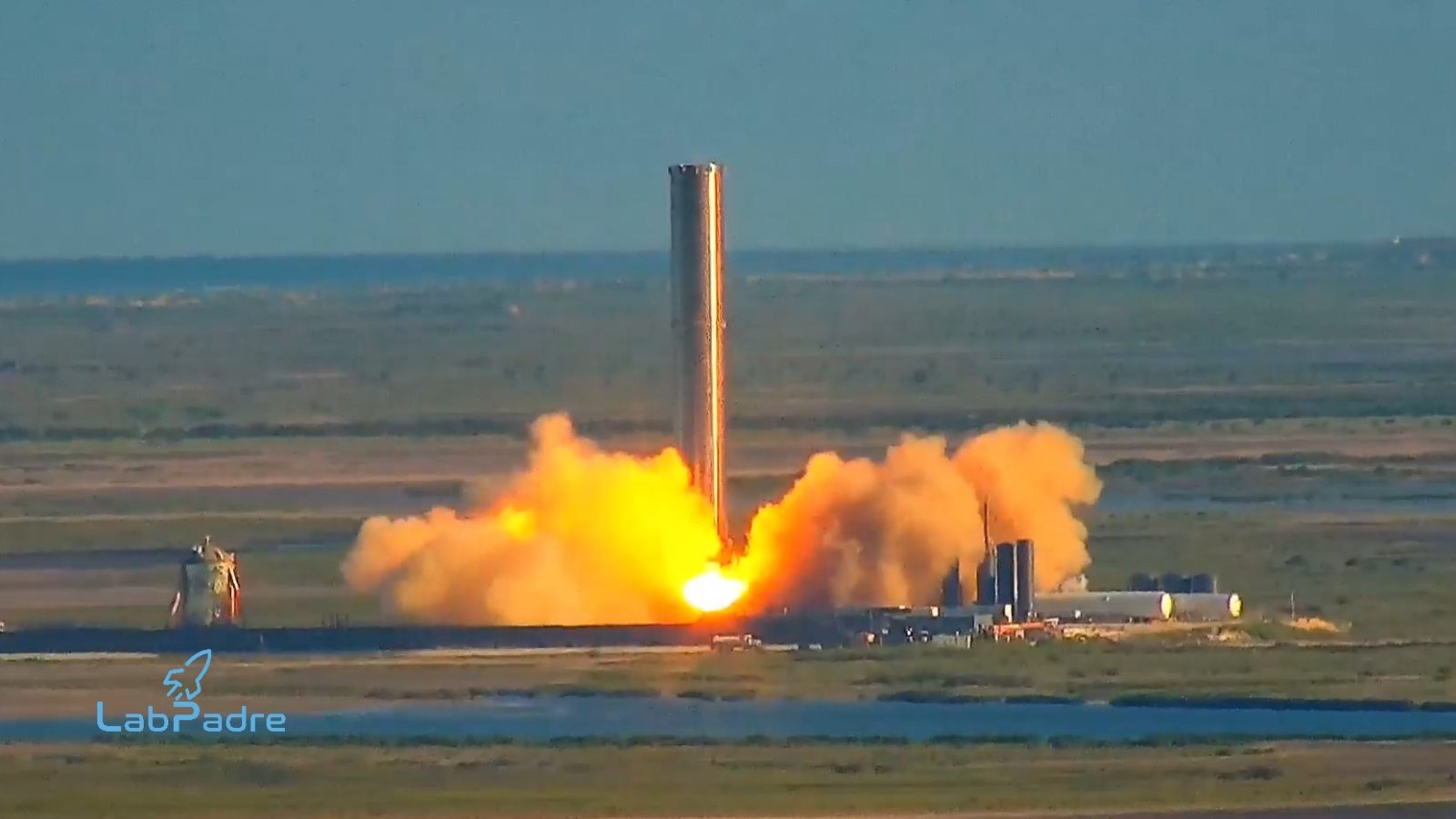 The test marks a significant milestone, in not only the Starship development program, but also rocketry in general. This is the first time the most powerful rocket booster in history has fired its engines.

This was SpaceX’s first Super Heavy Booster to actually roll down Highway 4 to the launch pad for engine testing. The first booster prototype, BN1, was stacked as a production pathfinder in the High Bay then quickly scrapped back in March. It was followed by the BN2.1 cryo tank test in June.

Somewhere around this time, Elon Musk and SpaceX dropped the ‘BN’ or ‘Booster Number’ designations and simply began refering to BN3 as Booster 3. This naming scheme appears to be the status quo going forward.

Booster 3, which rolled out to the launch site on July 1st, proved to follow a very similar flow of testing as the Starship upper stage prototypes. Testing began with ambient nitrogen gas pressure testing on July 8th, followed by liquid nitrogen cryogenic testing on July 12th. With 3 Raptor engines in place, a static fire was expected to take place last week, but slipped slightly over the weekend to today’s test.

At around 8:05 p.m. EST, Booster 3’s three Raptor engines ignited. Elon Musk took to Twitter shortly after to confirm that the test was full-duration. A follow-up comment revealed that the company may attempt a nine engine static fire next, depending on progress with Booster 4.

It is not believed that Booster 3 will make any kind of suborbital hop, as was the usual next step after static fires were completed for previous Starships. As such, once testing is completed with Booster 3, all eyes will turn to Booster 4; which is slated to loft Starship 20 on the much-anticipated first orbital flight test for the Starship program. A fitting number combination given the man in charge’s sense of humor, don’t you think?