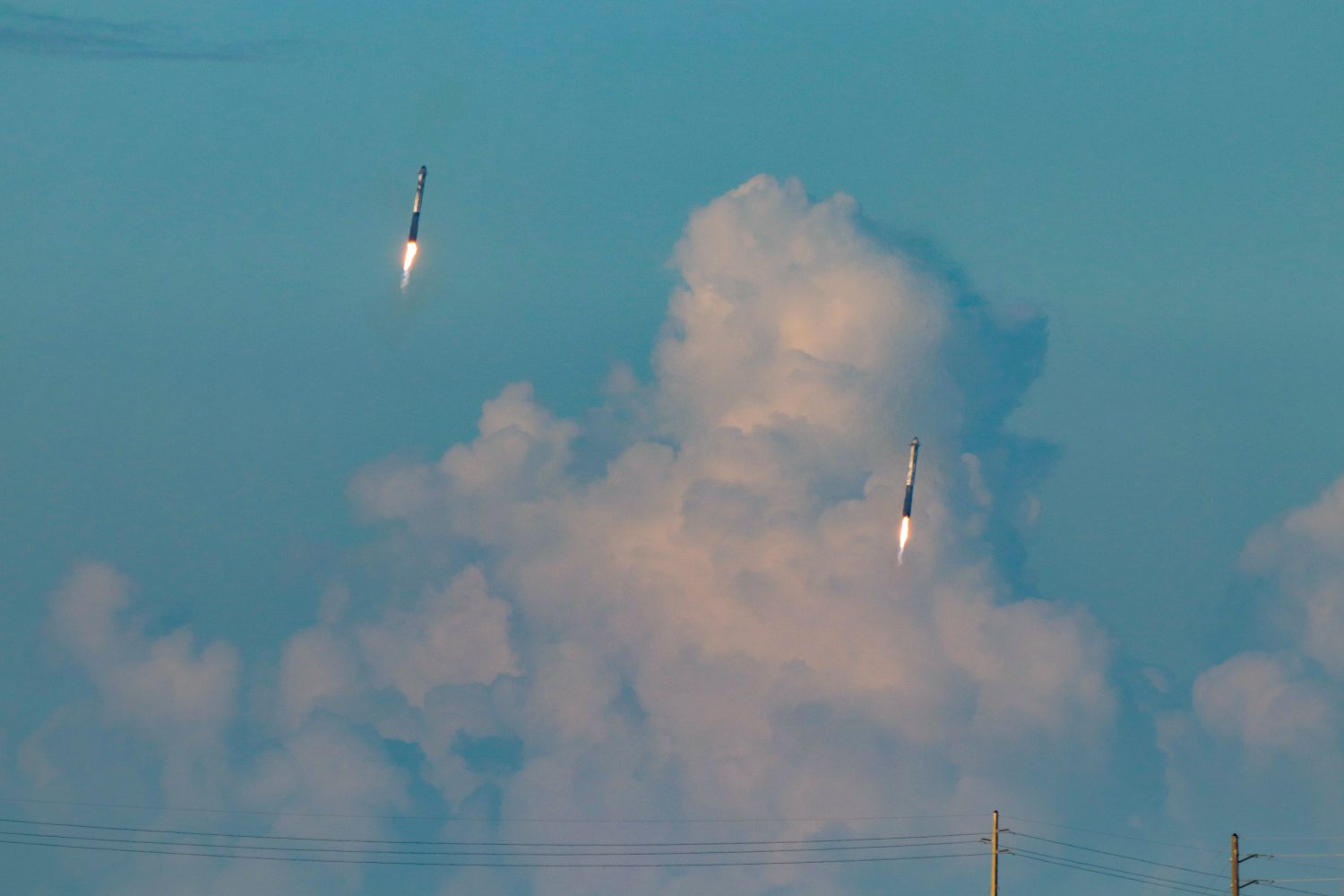 Side booster from ArabSat-6A
Comments (0)

SpaceX was met with disbelief in 2011 when they announced plans to vertically land Falcon 9 rocket boosters. This was largely thought to be impossible, and some industry titans bet SpaceX wouldn’t achieve it. Almost a decade later, SpaceX still amazes us with their rocket booster landings.

The most crowd pleasing and recently less common are Return To Launch/Landing Site (RTLS) landings, and the next is set to happen tomorrow. SpaceX is positioned to complete the next Falcon 9 first stage booster RTLS landing on December 17 as part of the NROL-108 mission.