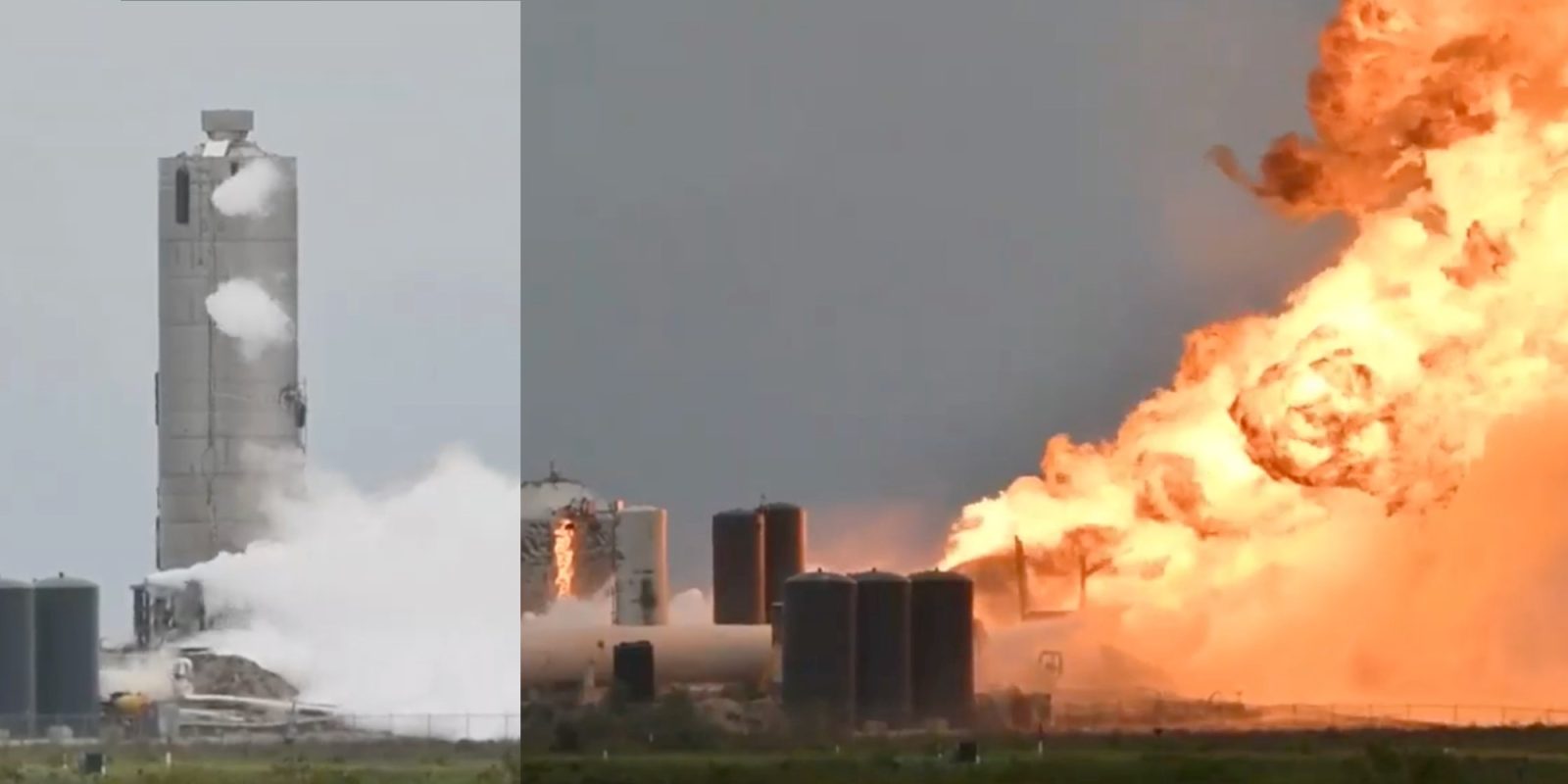 An early SpaceX prototype static fire test that initially appeared successful resulted in a fiery explosion at a test facility in Boca Chica, Texas, although the dramatic scene is not entirely unexpected. Key points to know:

While there is a NASA connection to Starship (see the recent SpaceX Human Landing System proposal), this rocket development has no connection to the Falcon 9 rocket and Crew Dragon spacecraft that NASA astronauts Bob Behnken and Doug Hurley will use on the Demo-2 test flight this week.

SpaceX Falcon 9 rockets are tried and tested vehicles with dozens of successful launches. Crew Dragon is a version of the capsule that SpaceX has used to deploy Starlink satellites and deliver International Space Station cargo in space for years.

Crew Dragon has also been tested with a successful flight to the ISS and back during an uncrewed flight a year ago.

Starship is not Falcon 9 and Crew Dragon. Prototype tests are designed to find failure points. Crewed spaceflights are not.

With that being said, what did occur on Friday was an incredible scene to see. NASASpaceflight.com carried a livestream from just outside the evacuation point ahead of the planned static fire test of what’s called SN4, a prototype version of hardware that will be used for Starship.

After what appeared to be a successful static fire test, the hardware experienced some mistake that resulted in a giant explosion.

SpaceX already has multiple versions of prototypes with changes from previous tests ready to go, and data from Friday’s explosion will certainly inform future designs.

The goal of each test prototype is to succeed so SpaceX can move on to the next phase of development, but explosions are never out of the question with prototype rockets.

SpaceX successfully completed a static fire test of the same hardware one day prior after a small fire broke out during a previous static fire the earlier in the month.

That’s why SpaceX has a fine tuned process for evacuating its test site and responding to explosions like this.

Following a fourth successful static fire test with SN4 on Thursday, SpaceX received permission to perform a 150-meter test hop of the prototype hardware. SN4 is no more, however, so SN5 will be the next candidate for a test hop.

As for what happened on Friday, SpaceX will likely share preliminary findings shortly.