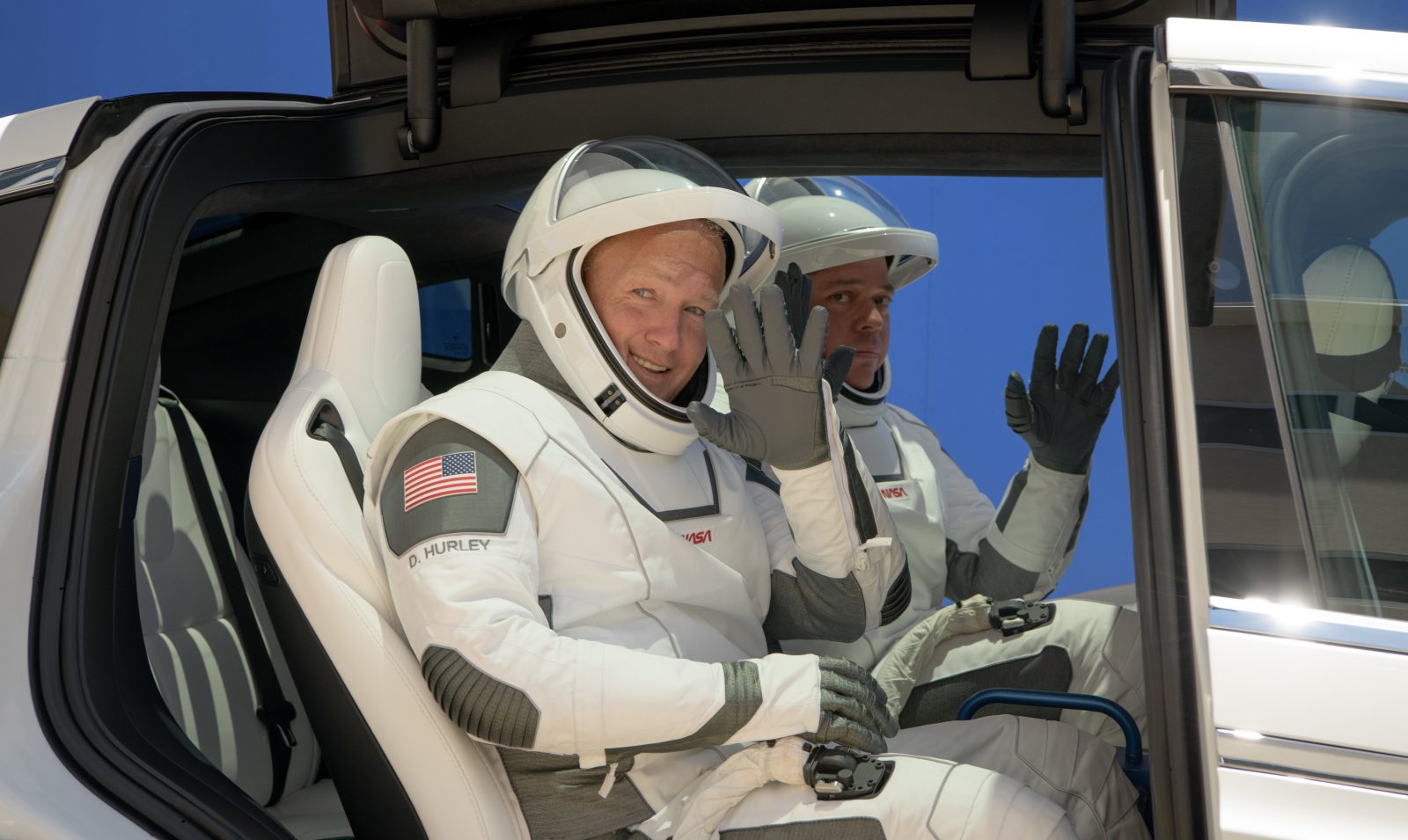 The next several days will be extraordinarily busy for NASA and the spaceflight industry.

United Launch Alliance and NASA are targeting Thursday, July 30, for the Mars 2020 Perseverance rover and Ingenuity helicopter launch. Mission objectives include searching for evidence of ancient life on Mars and demonstrating helicopter flight on another planet.

Less than 24 hours later, SpaceX plans to launch its Starlink 9 mission. SpaceX routinely launches up to 60 internet satellites to build out its growing constellation for an upcoming global broadband service.

Then the two NASA astronauts who were the first humans to go to space in a SpaceX spacecraft will come home. Astronauts Doug Hurley and Bob Behnken will leave the International Space Station as soon as Saturday, August 1, and splashdown off the coast of Florida as soon as Sunday, August 2.

NASA today shared new details about how to watch the return of the astronauts currently planned for Sunday afternoon.

Hurley and Behnken made history on May 30 when the pair of astronauts became the first humans to go to space in a SpaceX Crew Dragon spacecraft. The spacecraft launched atop a Falcon 9 rocket, a launch vehicle regularly used to send satellites to space and cargo to the ISS.

But Behnken and Hurley aren’t finished making history yet. The astronauts will be the first humans to return to Earth from space in the Crew Dragon spacecraft.

Their ship, named Endeavour, will splashdown in one of seven predetermined locations off the coast of Florida:

If weekend weather cooperates, SpaceX and NASA will determine which location is the ideal splashdown site. NASA published its Space Station Departure and Splashdown Criteria that is the framework for decided when to attempt the return flight. The Crew Dragon spacecraft includes engines called Draco that can fire off to position the astronauts to the correct landing site.

Dragonship Endeavour will face intense conditions when it re-enters the Earth’s atmosphere. The spacecraft will weigh in at 27,600 pounds and travel upwards of 17,500 miles per hour upon re-entry. Crew Dragon will experience temperatures as high as 3,500 degrees Fahrenheit.

Doug Hurley and Bob Behnken will complete their mission upon splashdown, and a team from SpaceX will return the astronauts to shore either by helicopter or boat.

As for the fresh flight spacecraft, the flight-proven capsule will travel to the SpaceX Dragon Lair where final testing before certification for human spaceflight is provided.

Dragon Endeavour will be returned back to the SpaceX Dragon Lair in Florida for inspection and processing. Teams will examine the data and performance of the spacecraft throughout the test flight to complete the certification of the system to fly operational missions for NASA’s Commercial Crew and International Space Station Programs. The certification process is expected to take about six weeks.

If the data that comes back is positive, SpaceX will fly their first operational crewed mission as soon as mid-September.

NASA TV will broadcast events from the departure and splashdown on YouTube and NASA.gov:

Coverage on NASA TV and the agency’s website will begin at 9:10 a.m., Aug. 1, with a short farewell ceremony on station and resume at 5:15 p.m., with departure preparations through splashdown and recovery at one of seven targeted water landing zones in the Atlantic Ocean or Gulf of Mexico off the coast of Florida.

Space Explored will have continued coverage of all things Mars, Starlink, and crew splashdown next week.