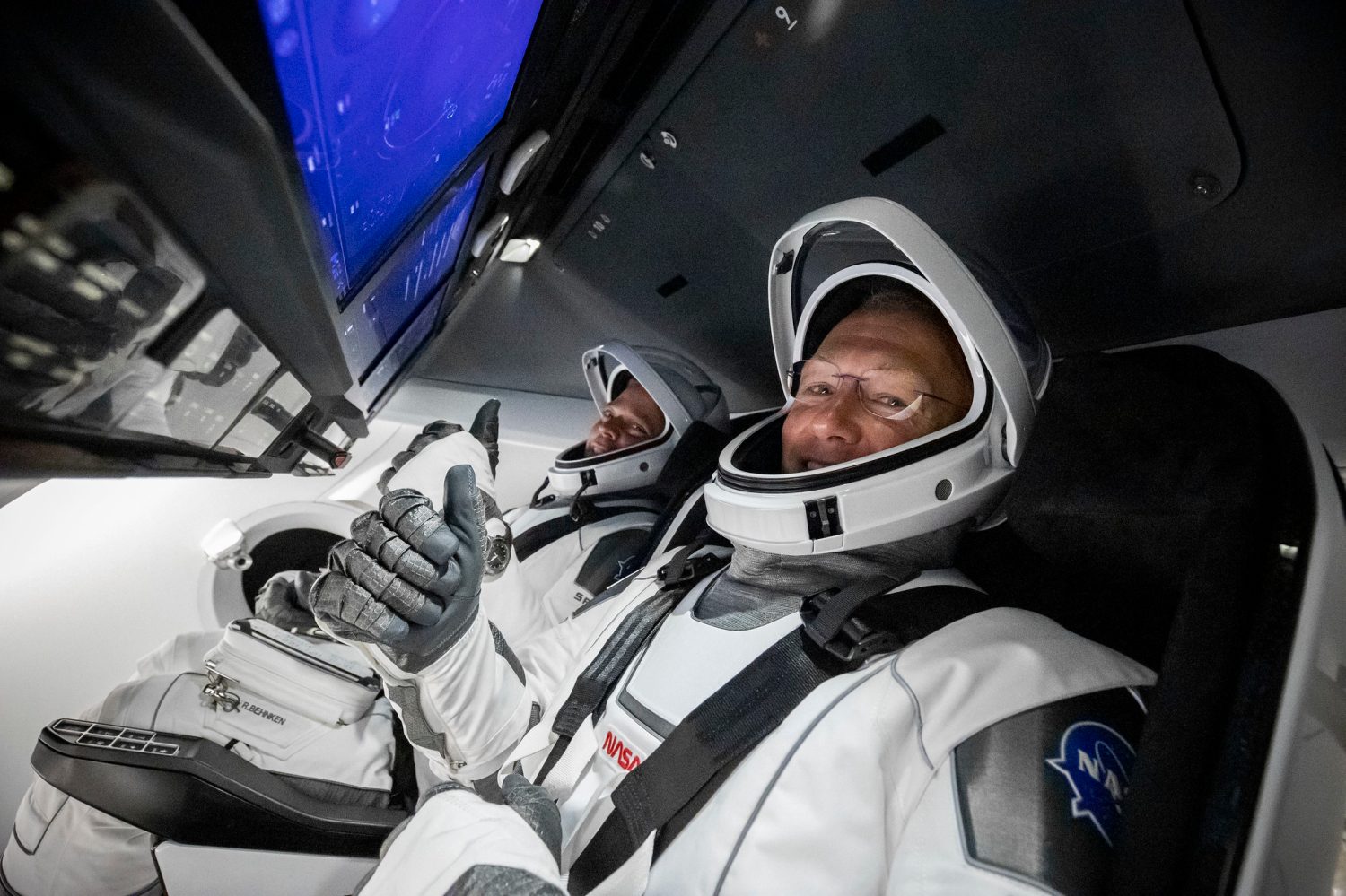 NASA astronauts Bob Behnken and Doug Hurley will depart from the International Space Center in August after becoming the first humans to ever go to space in a SpaceX spacecraft. A successful splashdown will conclude the SpaceX Demo-2 crewed flight test mission to certify the Falcon 9 rocket and Crew Dragon spacecraft for operational missions.

The space agency is currently targeting August 1 for astronauts Behnken and Hurley to leave the International Space Station in the Crew Dragon Endeavour spacecraft. The veteran astronaut duo will splashdown in the Atlantic Ocean on August 2 if weather permits the schedule to hold.

NASA also shared this week that the Falcon 9 rocket hardware that will be used for the SpaceX Crew-1 mission in August has arrived at Kennedy Space Center.

Crew-1 will be the first operational mission of NASA’s Commercial Crew Program. While NASA focuses on its Moon and Mars ambitions with the Artemis program, Low Earth Orbit mission launches from the U.S. will be handled by SpaceX and Boeing.

NASA retired the Space Shuttle program in 2011 and relied on Russia’s space program to send astronauts to space prior to the Demo-2 mission on May 30. One more Russian rocket seat was purchased by NASA earlier this year for a launch in October.

Going forward, NASA and Roscosmos, the Russian space agency, will be able to trade lifts to space based on availability without money exchanging hands.

Later this year, Boeing will conduct its second uncrewed orbital flight test for its Starliner spacecraft after failing to reach the ISS during its first OFT in December.

For a preview of what to expect, watch the uncrewed SpaceX Demo-1 Mission Crew Dragon splashdown from April 2019:

If the schedule holds, Bob Behnken and Doug Hurley will return to Earth just a few days after NASA sends its new rover Perseverance to Mars on July 30.