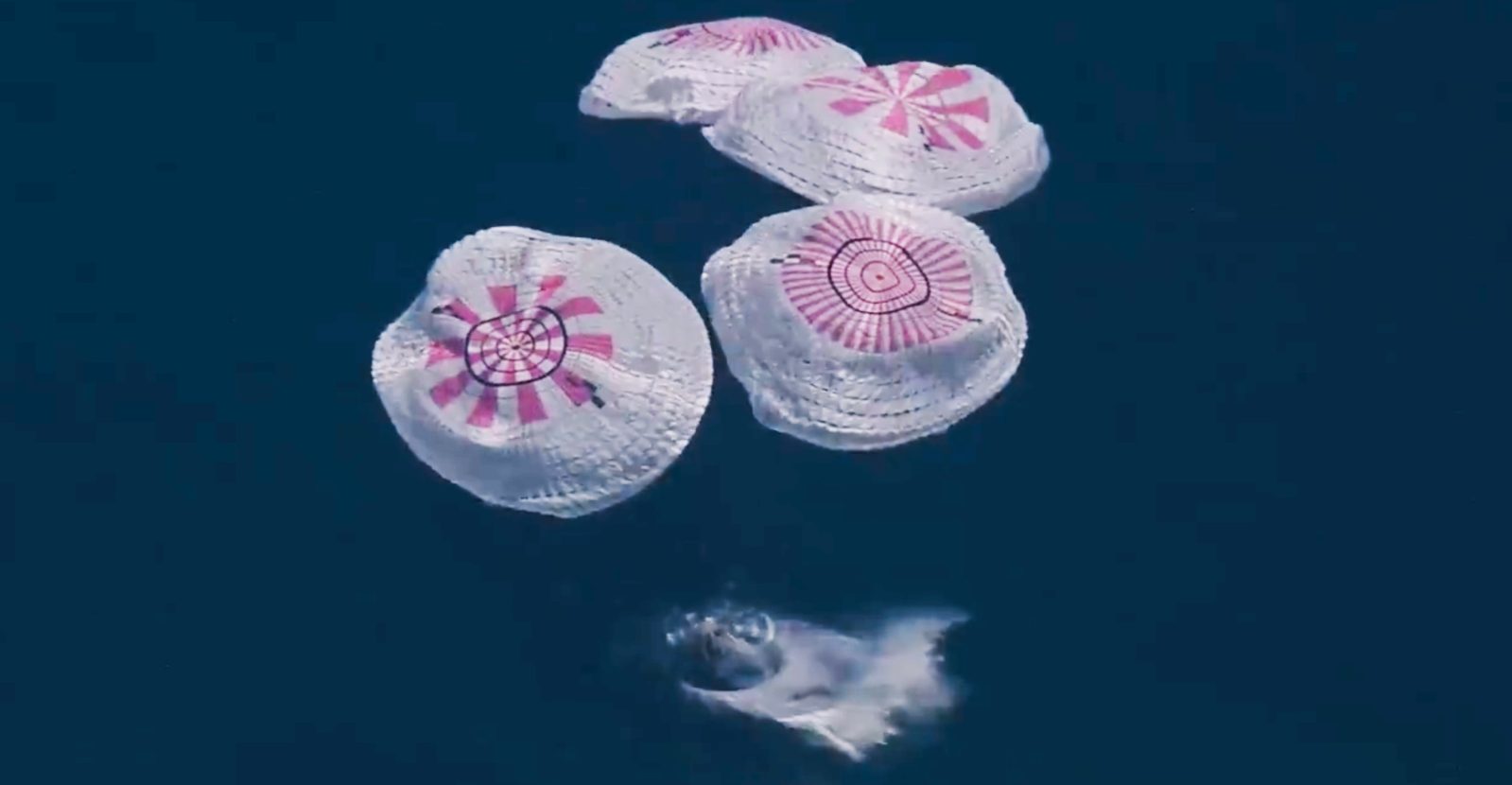 NASA astronauts Bob Behnken and Doug Hurley returned to Earth after a 64-day mission to the International Space Station on August 2, and we’re still seeing captivating footage of the astronauts’ journey home.

SpaceX published an extended clip of its tracking footage that follows the Crew Dragon spacecraft after its descent from the ISS and Earth’s orbit as it approaches the Gulf of Mexico. The capsule is slowed down by a series of parachutes that deploy and detach to safely reduce the speed of the capsule as it splashes down with NASA astronauts inside.

The footage shows the very first SpaceX Crew Dragon capsule splashdown with crew inside. SpaceX will regularly send astronauts to the International Space Station from the United States following what appears to be an extremely smooth human flight test demonstration mission.