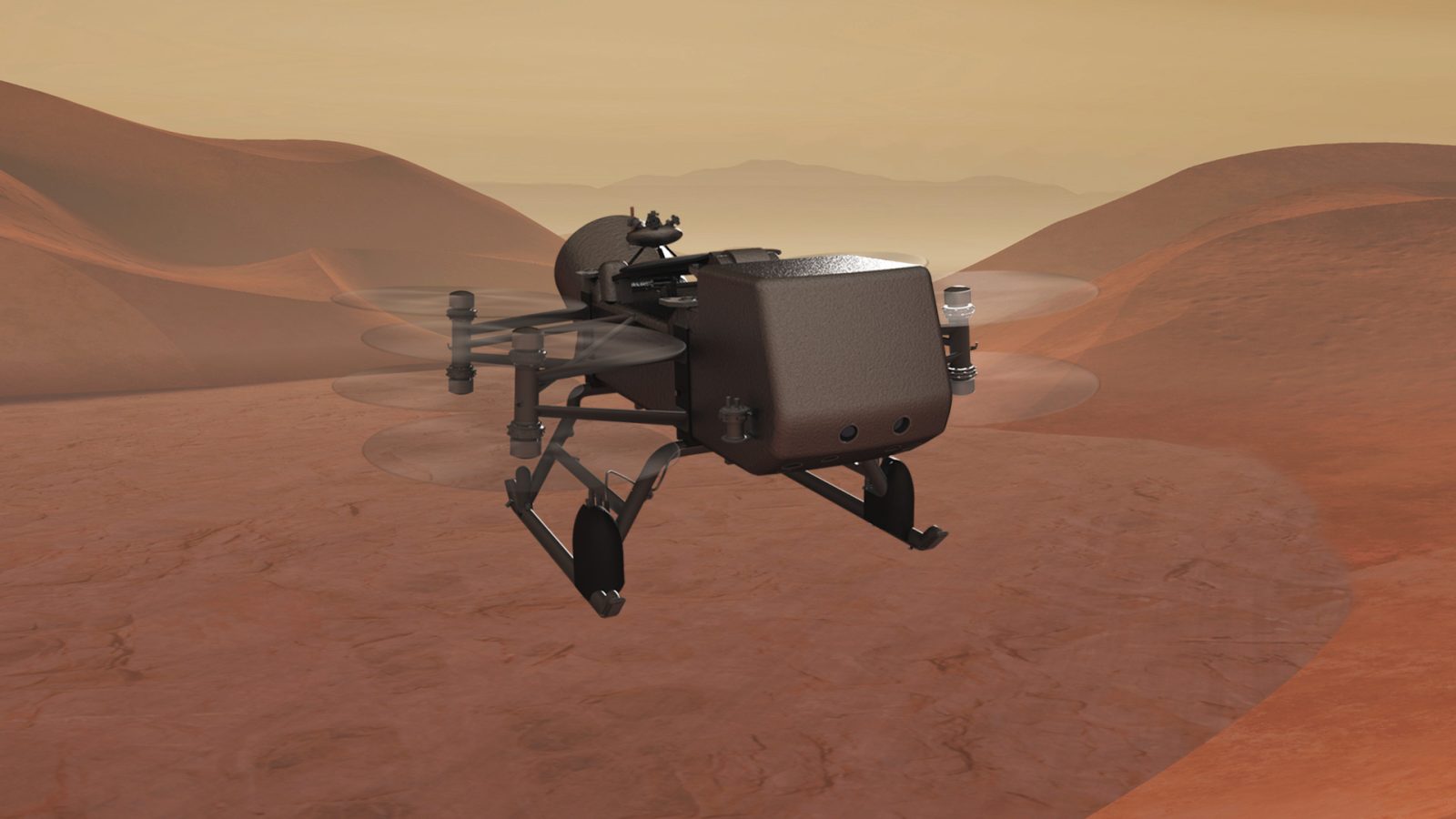 It turns out that Titan, one of Saturn’s many moons, is a relatively optimal place to fly a drone. This is due to the fact that Titan’s atmosphere is four times denser than the Earth’s. So when NASA chose Titan as the next location to “search for the building blocks of life,” they decided to take advantage of that by using a drone instead of a typical rover.

Dragonfly will essentially be a large drone with eight rotors that weighs in at around 1,200 pounds. It will be approximately the same size as the Curiosity rover, only much more maneuverable due to its form factor.

Described as a “relocatable lander,” Dragonfly will travel by flight from location to location much quicker than even the fastest rover to date. NASA describes Dragonfly’s capabilities as being able to “fly its entire science payload to new places for repeatable and targeted access to surface materials.”

Dragonfly was chosen to be part of NASA’s New Frontiers program. The purpose of the program is to “support missions that have been identified as top solar system exploration priorities by the planetary community.”

Titan was chosen as the location for many reasons. It has a nitrogen-based atmosphere similar to Earth, has methane rain, and possesses many other organics formed in the atmosphere that “fall like light snow.” All of these factors, among many others, are what makes Titan such an excellent place for NASA to explore using this cutting edge rover.

NASA currently has plans to launch Dragonfly in 2026, meaning that the rover will arrive at Titan in 2034, eight years later. Utilizing thirteen years of weather data captured by Cassini, Dragonfly should be greeted by calm weather. Upon arrival, the goal is to land Dragonfly in Titan’s equatorial region, largely consisting of dunes. From there, as described above, Dragonfly will fly to a diverse set of locations to collect and observe. In total, Dragonfly will fly about 110 miles over the course of two and a half years.