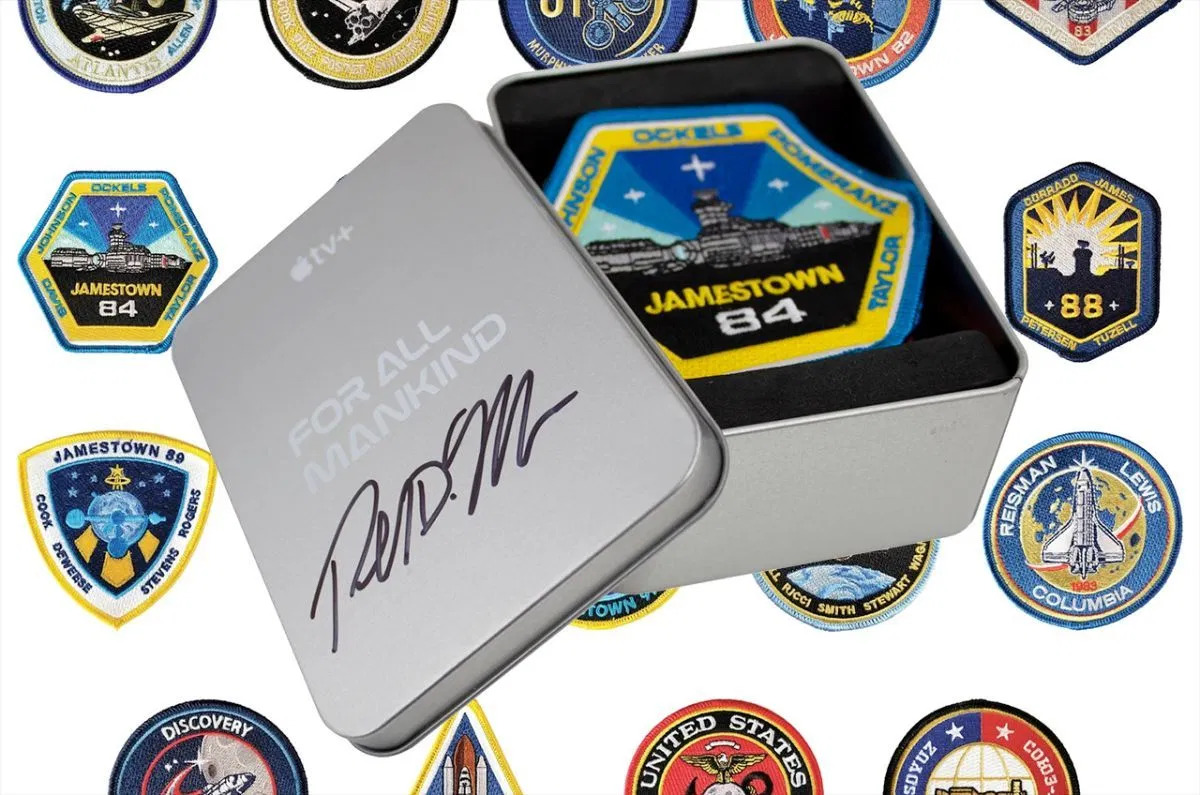 The popular sci-fi drama series “For All Mankind” returns to Apple TV+ with season 2 on February 19, 2021. A genius marketing campaign has launched ahead of the season premiere that includes a new mission patch set autographed by the legendary Ronald Moore.

Most missions to space in the real world are commemorated with unique patches that include key aspects of the mission. That’s what the people behind this “For All Mankind” patch set are honoring. Each mission patch is created for fictional missions that occur in the second season of the alternative history sci-fi series.

The set includes 19 different patches, each one measuring in at about 3.5 inches and made from a combination of cotton and polyester. On the back of each patch is an iron-on material, making it easy to attach them to things like clothing or bags. To top it all off, the tin holds the patches is autographed by Ronald D. Moore, the show’s creator and writer.

Space Explored founder and managing editor Zac Hall had the opportunity to chat with former NASA astronaut Garrett Reisman, a consultant on For All Mankind, on 9to5Mac’s Happy Hour podcast. Reisman was interviewed on the podcast to talk about what it’s like working behind-the-scenes on the show as well as being an astronaut.

For a brief period, production of For All Mankind season two was in limbo due to the COVID-19 global pandemic. Production was halted and fans weren’t sure when Apple could reboot work on the show. In mid-August, 9to5Mac reported that production had resumed and season two was on the way — albeit later than expected.

If you would like to get your hands on the For All Mankind season 2 mission patch set, the special edition collector’s set is currently available for $100 and includes free shipping within the United States.

Space and fans will also enjoy Foundation, the epic sci-fi story based on Isaac Asimov’s novel of the same name. The series was teased by Apple in June and comes to Apple TV+ in 2021: