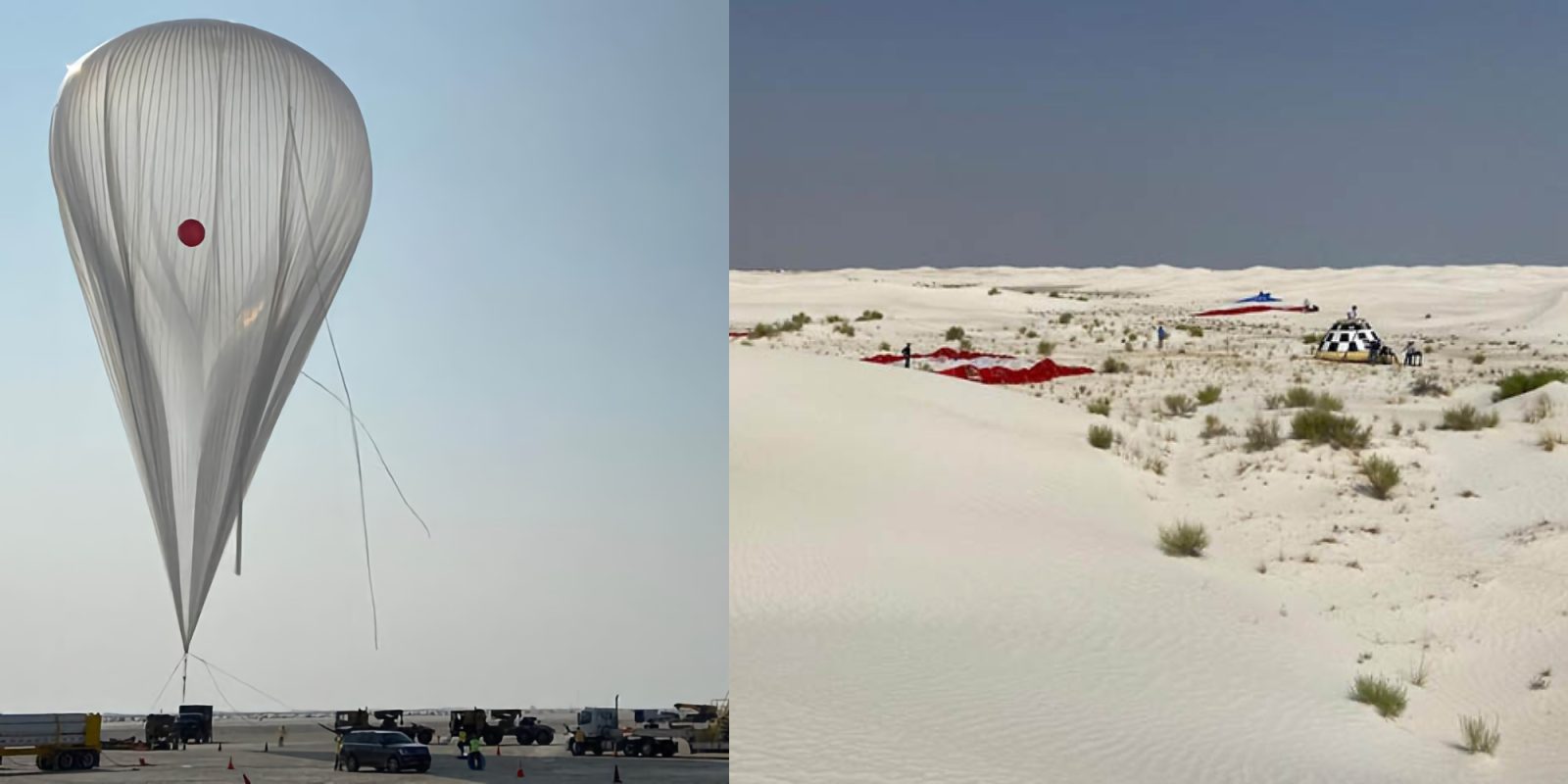 Boeing is currently developing a new spacecraft called Starliner that will be used to send astronauts to the International Space Station from Kennedy Space Center in Florida. This week Boeing released footage of its sixth and final parachute test as it progresses toward its next uncrewed test flight using Starliner.

The campaign, developed by both Boeing and NASA, used six balloon drop tests of a Starliner test article to gather supplemental performance data on the spacecraft’s parachutes and landing system. Each drop test focused on a different set of adverse conditions and used pre-flown parachutes to evaluate reusability margins for future missions. […]

During nominal landings, Starliner uses two small parachutes to carry off the spacecraft’s forward heat shield and expose critical hardware needed for the rest of the landing system sequence. Starliner then deploys two drogue parachutes to slow and stabilize the capsule before three small pilot parachutes pull out the spacecraft’s three mains. The three main parachutes continue slowing Starliner’s descent for a safe and soft touchdown supported by the vehicle’s landing airbags.

The Boeing CST-100 Starliner is a reusable crew capsule designed to transport crews to the International Space Station (ISS) and other private space stations.