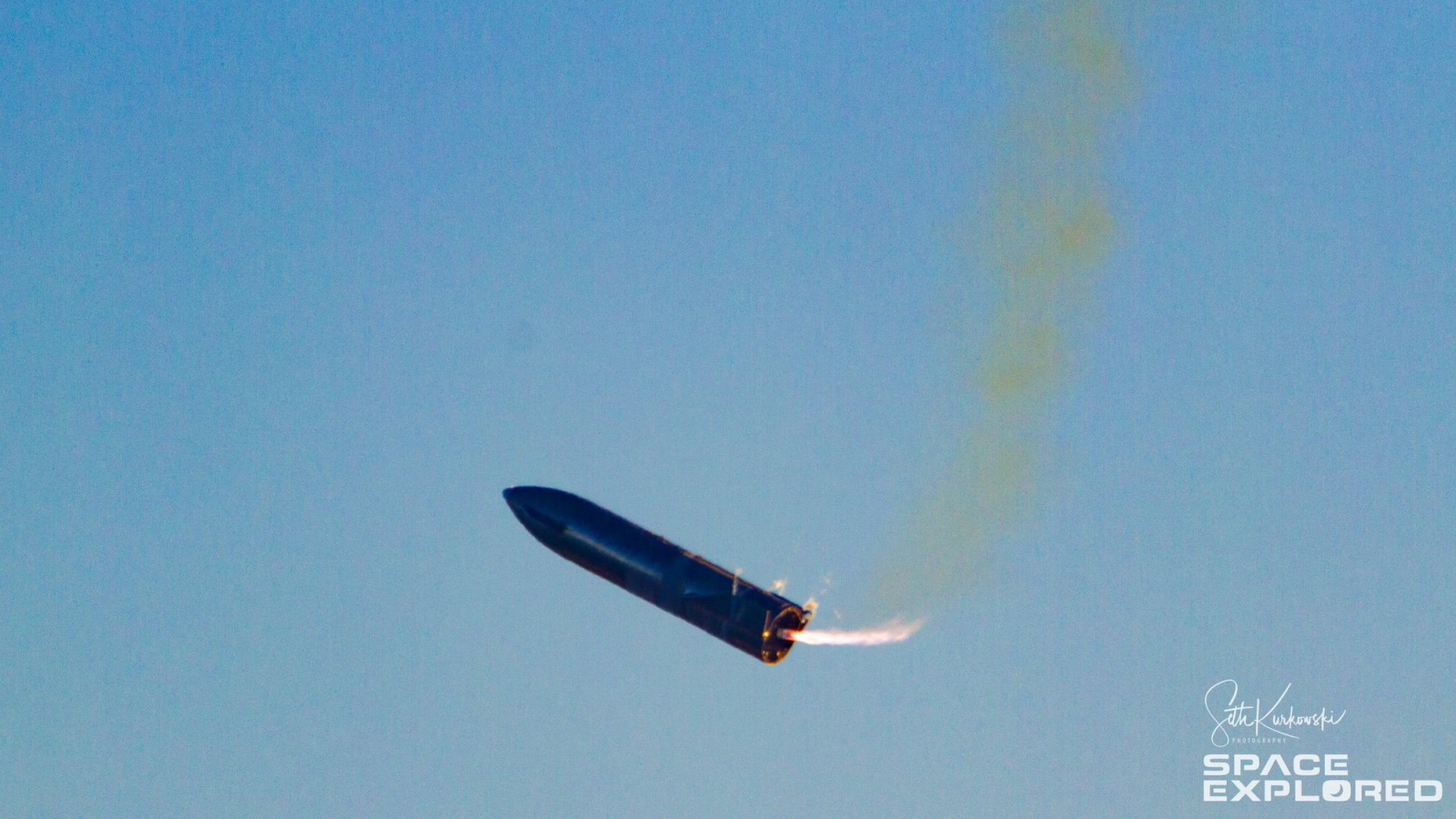 SpaceX just completed its highly anticipated, high-altitude flight test with a prototype version of its Starship rocket. Starship serial number 8 successfully launched, readjusted its position for slowing speed, and again adjusted position for landing. The actual landing itself was a total explosion heard from miles away, but that was expected.

SpaceX describes the test flight while teasing the next to come:

Thank you to all the locals supporting our efforts in Cameron County and beyond. Congratulations to the entire Starship and SpaceX teams on today’s test! Serial number 9 (SN9) is up next – Mars, here we come!

Critical to the mission was testing SpaceX’s Raptor engines at a height almost 100 times further than previously while demonstrating a bellyflop maneuver to slow the vehicle before landing. SpaceX CEO Elon Musk explains what went wrong this time while emphasizing that the Starship team collected all the data it needed before the next test flight.

Fuel header tank pressure was low during landing burn, causing touchdown velocity to be high & RUD, but we got all the data we needed! Congrats SpaceX team hell yeah!!

Catch up on Space Explored’s Starship coverage for more details: