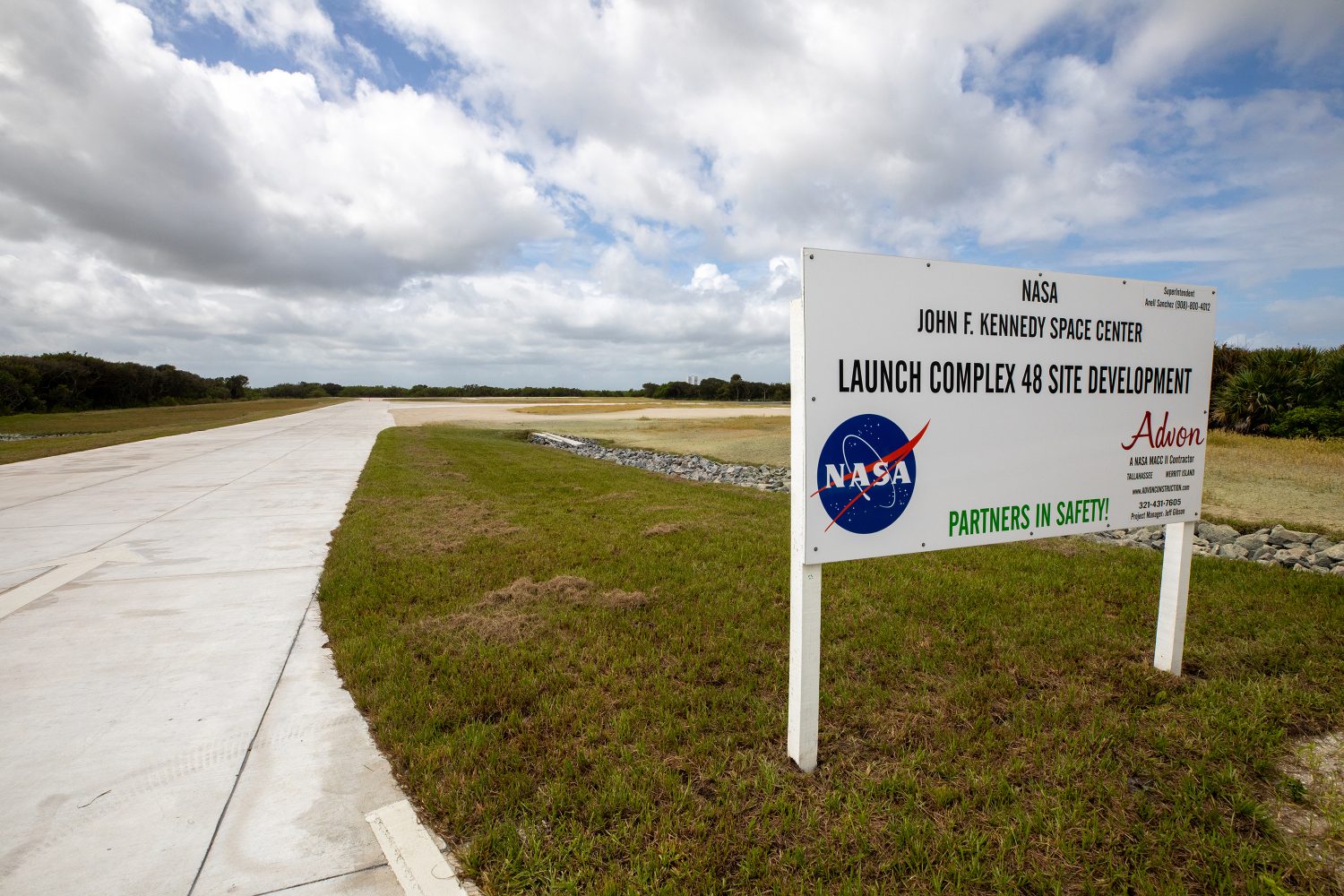 In the coming months, Launch Complex 48 (LC-48) will become as talked about as all of the other launchpads on Florida’s Space Coast. NASA has been working on the development of this pad to be used by multiple launch providers with smaller classes of rockets. According to a press release issued today, they’ve set a limit of 500,000 pounds of thrust or less at liftoff.

The design of LC-48 is a departure from conventional pad designs. In the past, launchpads have been designed with a specific launch vehicle in mind. Then, as the vehicles are retired in favor of new designs, the pads will be changed as needed. Pad 39-A, for example, was designed for the monster Saturn V moon rocket during the Apollo era, changed to serve the Space Shuttle, and currently serves SpaceX’s Falcon 9 and Falcon Heavy rockets.

But LC-48 will work a little differently. NASA wants to offer a clean-slate to whomever needs it. For NASA’s part, they’ve provided a large concrete surface and basic ground support equipment like water and power. After that, it’s up to the launch provider to bring in the rest for their mission.

Astra is a great example of how the process would work from here. All of the remaining ground equipment, fuels, and even the rocket itself are brought in by truck to the pad, set up, then launched. After the mission is over, the customer breaks everything down and leaves the pad as they found it for the next rocket. Rinse and repeat.

LC-48 is looking to attract the rapidly expanding small-sat business from launchers like the aforementioned Astra as well as companies that are almost ready to fly like Firefly, Relativity Space, and even providers that are already flying like Rocket Lab. With LC-48 being completed in October, NASA expects to see its first launch from there some time in 2021.