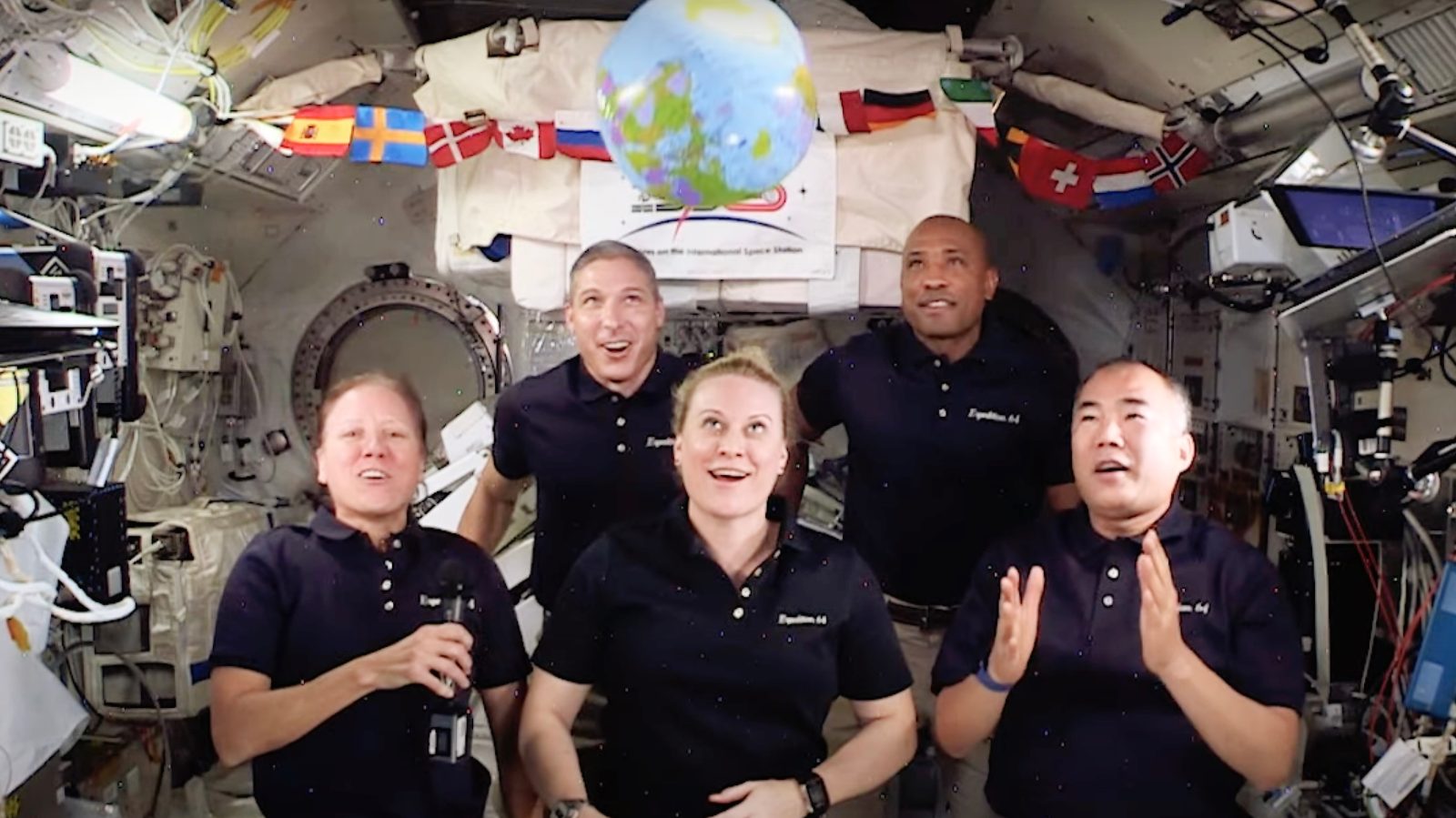 While it only feels like 2020 was the year that refused to end for so many, the men and women aboard the International Space Station really did see 2021 arrive only to slip back into the previous year … 16 times! NASA explains…

The seven Expedition 64 crew members aboard the International Space Stationwill see the New Year sixteen times today and take the day off on the first day of 2021. The orbital residents are also exploring how microgravity affects mice and protein crystals to improve human health.

The station orbits the Earth at 17,500 miles per hour (28,000 kilometers per hour) giving the crew the opportunity to see 16 sunrises and sunsets each day.

There’s only one canonical New Year’s Day on the space station, however, which happens to occur five hours before the ball drops at midnight in New York City. Astronauts and cosmonauts aboard the ISS officially observe GMT (Greenwhich Mean Time).

Later in the first quarter of 2021, Boeing will attempt to dock its uncrewed Starliner spacecraft to the station in a final test before flying astronauts to the ISS for the first time on the capsule.

SpaceX will also see the arrival of its second operational mission with Crew-2 which includes a diverse set of astronauts headed to the station on the Crew Dragon capsule. This will also be the year actor Tom Cruise hitches a ride with SpaceX to film a movie on the International Space Station (for real).