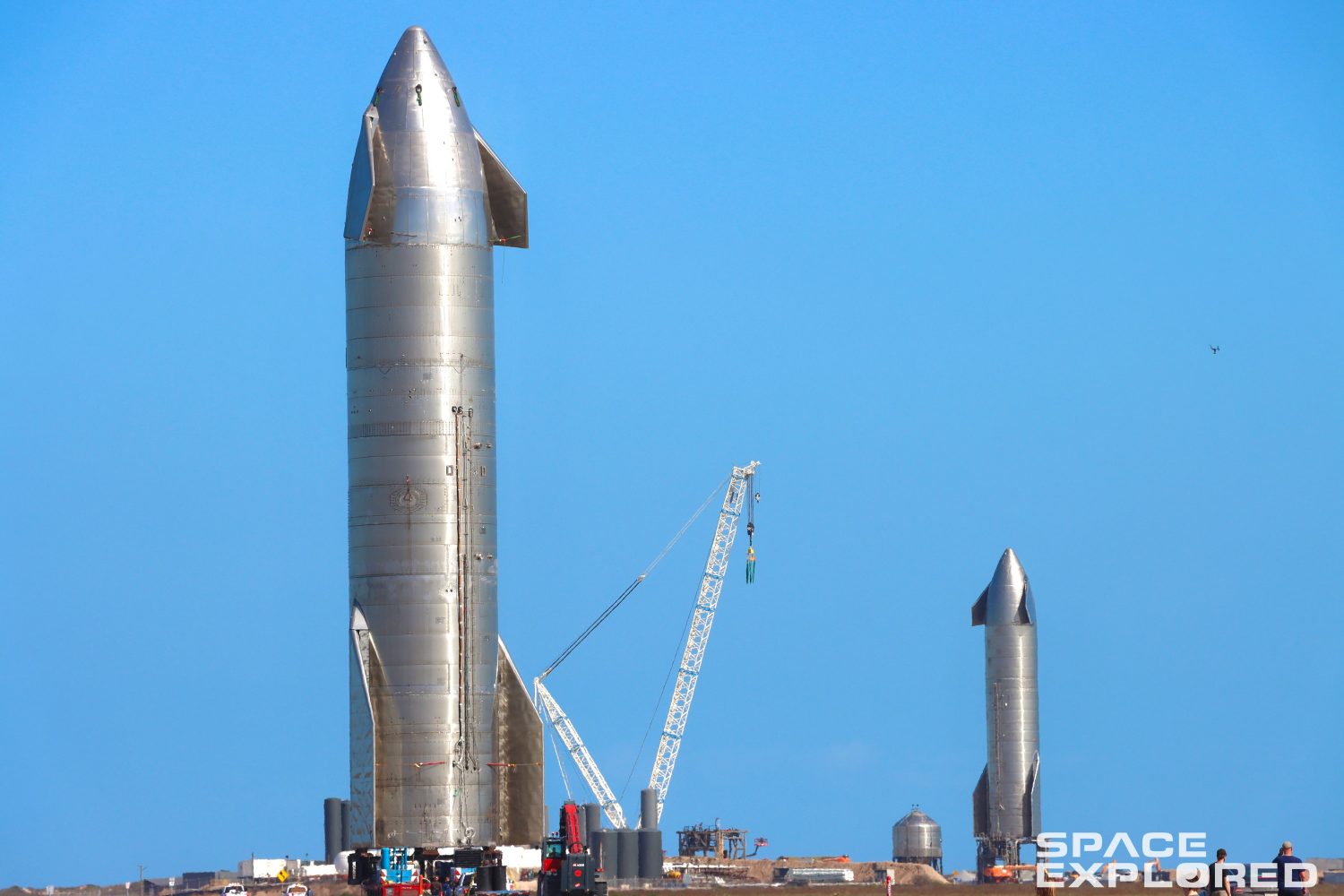 The saga of getting Starship SN9 to launch continues after the FAA, which oversees commercial space launch licenses, did not approve SpaceX’s request to launch last week. This pushes the nearest possible launch opportunity to this week. In the meantime, SpaceX kept teams busy by bringing the next Starship prototype to its pad to begin testing.

Starship SN9, once only accompanied by Starhopper, is now surrounded by an assortment of Starships conducting tests while it waits SpaceX and the FAA to work out the final details of its flights. The FAA hasn’t commented on what is holding up the process other than stating, “While we recognize the importance of moving quickly to foster growth and innovation in commercial space, the FAA will not compromise its responsibility to protect public safety,” in a short statement to reporters.

SpaceX needs approval for each test flight of Starship due to the prototypes being experimental vehicles, unlike Falcon 9 and Heavy which are fully operational and certified by the FAA. Many have asked why they don’t launch anyway since it’s their own launch site, but the response to this is that it would be suicide for SpaceX. Launching without a license from the FAA or approval from NASA or the Department of Defense would practically bar them from ever launching commercial or government missions again.

According to Washington Post reporter Christian Davenport, the FAA still has not approved SpaceX to fly SN9 but they could approve it as soon as later today. This would give them the ability to fly as early as tomorrow as SpaceX still holds road closures and flight restrictions.

After the cancellation of any flight operations Friday, SpaceX decided to use its time to get a head start on testing for their next vehicle SN10. The new Starship, which has been sitting in the wings for weeks, was rolled out of the High Bay and down Boca Chica Boulevard to Pad A inside the launch site.

While SN9 rolled out to the pad with three Raptor engines already installed, SN10 arrived with 0. There were previous Raptors installed but two were removed and are now being used by SN9 after two were damaged during its three static fires in a single day a few weeks ago.

After SN10 arrived at the pad, it was hoisted by a crane onto the launch mount where it now waits for future testing. The current plan for SN10 is to go through cyroproof testing, where they fill the tanks with liquid nitrogen to ensure they can handle the stress of fueling and holding the freezing cold oxygen or methane. Once that is completed, they will install the engines and most likely conduct a static fire before it flies.