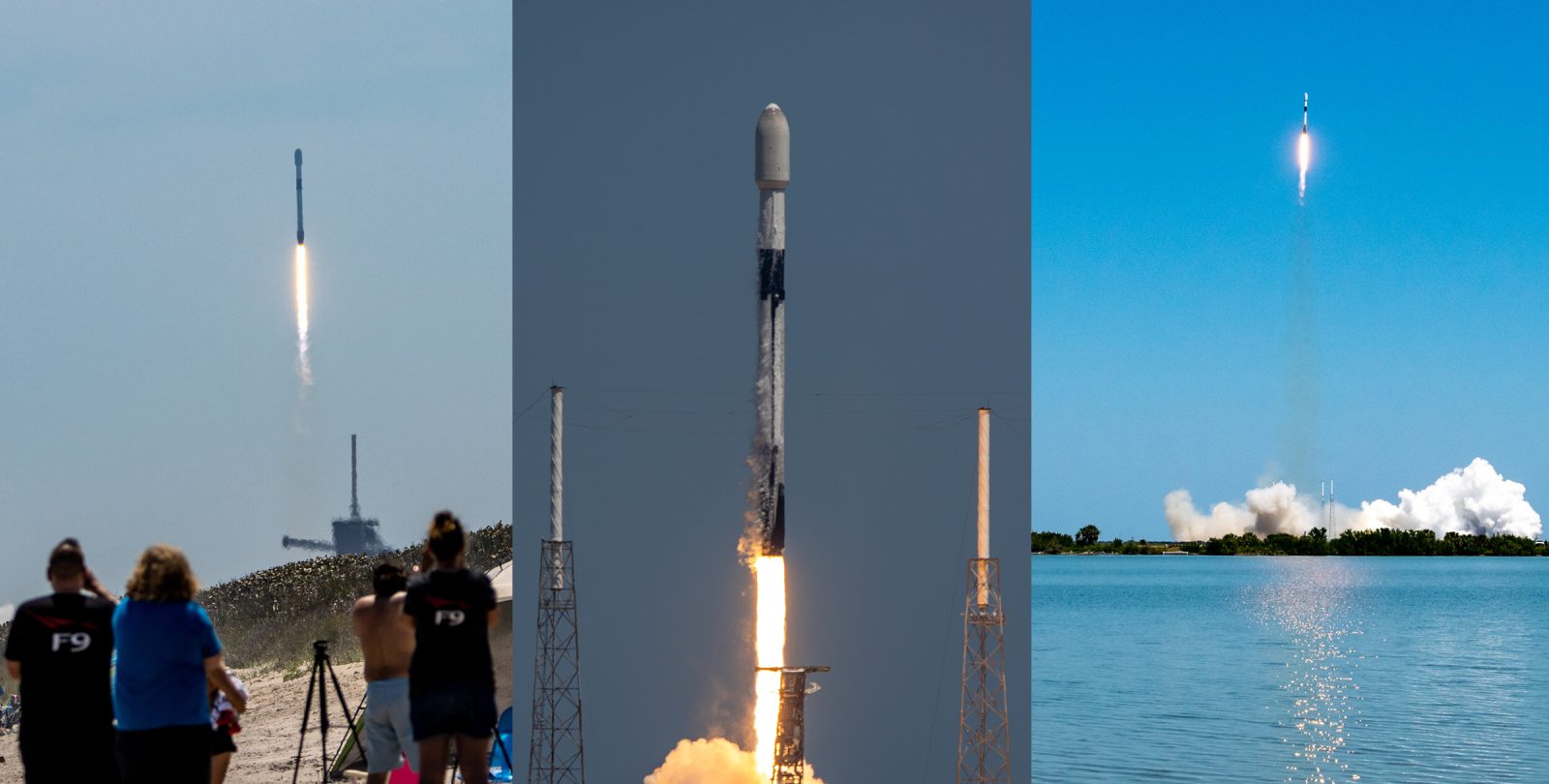 On April 7th, at 12:34pm ET, SpaceX launched 60 Starlink Satellites on top of a Falcon 9 rocket which lifted off from Space Launch Complex 40 at Cape Canaveral Space Force Station.

This booster, B1058, first flew last year during Demo-2, launching a Crew Dragon capsule carrying Bob Behnken and Doug Hurley to the International Space Station. The Booster has now launched for its seventh flight, with an impressive 27 day turnaround from its last flight, just a few hours behind the record time. After a streak of nighttime launches, we have finally had a daytime launch with great views of the Falcon 9 throughout the flight.