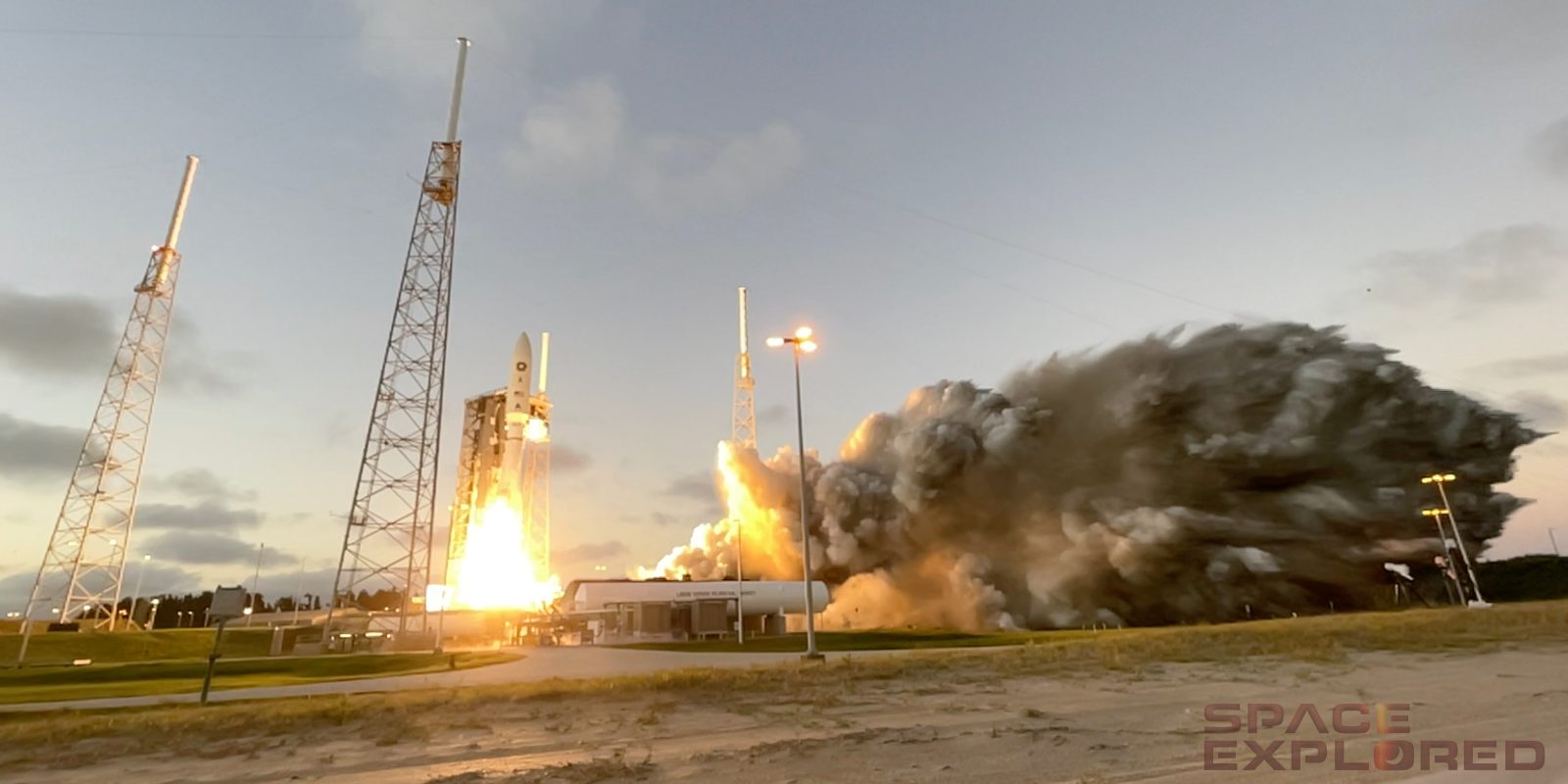 May 18th, 2:19 PM EDT: The SBIRS GEO 5 satellite has been deployed from the Centaur upper stage.

A few weeks ago, ULA conducted their first launch for 2021 with a launch of a Delta IV Heavy for the National Reconnaissance Office. Next week, ULA plans to launch the first Atlas V rocket of the year carrying a payload for the US Space Force.

Landing Site: The Atlas V rocket will be expended into the Atlantic Ocean.

The Atlas rocket has been a workhorse for not just ULA but for the United States military and NASA. The Atlas V family tree goes back to the late 1950s as one of the US’s first ICBMs. The military quickly determined liquid-fueled rockets were better suited in the satellite business and the Atlas launcher was born. Throughout its history it was used in project Mercury, Gemini, and for countless scientific and national security missions.

The modern version of the Atlas is a two-stage design with up to 5 solid rocket boosters on the side. It is optimized for national security launches but has several commercial contracts with Boeing and Amazon. This variant of the rocket is a 421, this can be decoded easily. The 4 stands a 4-meter fairing, a 5-meter faring is available. The number 2 stands for the number of SRBs are on the side, this can be between 0 and 5. Finally, the 1 stands for the number of RL-10 engines on the Centaur upper stage, the addition of a second engine is available although it has only flown on the Boeing Starliner OFT mission.

Weather from the Space Launch Delta 45 shows near-perfect weather for today’s evening launch. With a 90% probability of good weather at the time of launch and the only concern being cumulus clouds. Today looks like a beautiful day for a launch.

The backup day of tomorrow looks just as good with only a slight decrease in the probability of good launch weather down to 80%. Both today and tomorrow have no additional risk criteria that are of concern.

May 18th, 2:08 PM EDT: The Centaur’s upper stage RL-10 engine has restarted to circularize the orbit.

May 18th, 1:52 PM EDT: The RL-10 engine has shut down after its first burn. Currently, the payload is not in orbit but will relight later in the flight to place the payload in their final orbit.

May 18th, 1:41 PM EDT: The Atlas V has depleted its first stage fuel and shut down its RD-180 engine (Booster Engine CutOff, BECO). The stages separated and good startup of the RL-10 engine on the Centaur upper stage. Confirmation of good payload fairing jettison

May 18th, 1:39 PM EDT: The two GEM-63 solid rocket boosters have finished their burn and separated from the vehicle.

May 18th, 1:31 PM EDT: ULA launch control have done their final poll for launch and everyone is agreed we are GO for launch of SBIRS GEO 5!

May 18th, 1:24 PM EDT: The T-4 minute hold will be extended to continue with final checkouts for launch.

May 18th, 1:16 PM EDT: The anomaly team closed the issue revolving around the valve problem on the first stage LOX tank.

May 18th, 1:03 PM EDT: The countdown has entered the second and final planned hold. This hold will last 15 minutes and will end with the final Go/No-Go pull for launch.

May 18th, 12:50 AM EDT: An issue with first stage fueling has been reported to the anomaly chief, this will be discussed to see if an unplanned hold is needed.

May 18th, 12:40 AM EDT: The first stage LOX tank is not at flight levels, and topping off of the fuel will happen until launch.

May 18th, 11:57 AM EDT: The Centaur upper stage LOX is at flight levels and LOX has begun to fuel the first stage.

May 18th, 11:24 AM EDT: Liquid oxygen has begun flowing into the Centaur upper stage. Over 4,000 gallons of liquid oxygen will be pumped into the tank for this mission.

May 18th, 11:14 AM EDT: Teams at ULA’s mission control have given the go for fueling cryogenic liquids into the rocket. This go also moves the countdown out of the planned hold.

May 18th, 11:01 AM EDT: The countdown has entered the first of two planned holds, this one will be a 15-minute hold to ensure the teams are ready to begin with fueling the rocket.

May 18th, 10:46 AM EDT: Space Launch Delta 45 has just updated the ULA teams with the newest weather report. Similar concerns remain but the potential chance of good launch weather improves to 90%.

May 18th, 10:30 AM EDT: Teams at the pad have finished their work prepping the rocket for launch. The Launch Director has given the order to clear the pad.

May 18th, 9:51 AM EDT: ULA states all systems are GO for today’s launch, weather also remains a go for today.

May 17th, 12:36 PM EDT: After trying to troubleshoot the LOX chill down procedure for a little over an hour. The team has decided to push back the launch date to tomorrow afternoon.

May 17th, 11:47 AM EDT: A new unplanned hold has been added to the countdown to troubleshoot a chill-down anomaly. A team has been dispatch to the pad to continue troubleshooting the issue hands-on.

May 17th, 11:41 AM EDT: The T-0 time for liftoff today was moved to 1:42 PM EDT due to a Collision Avoidance period. This is to make sure the launch of the payload does not come too close to an object in orbit.

Sunday, May 15th, 10:59 AM: The Mobile Launch Platform carrying the Atlas V rocket arrived at SLC-41 after a rollout this morning.