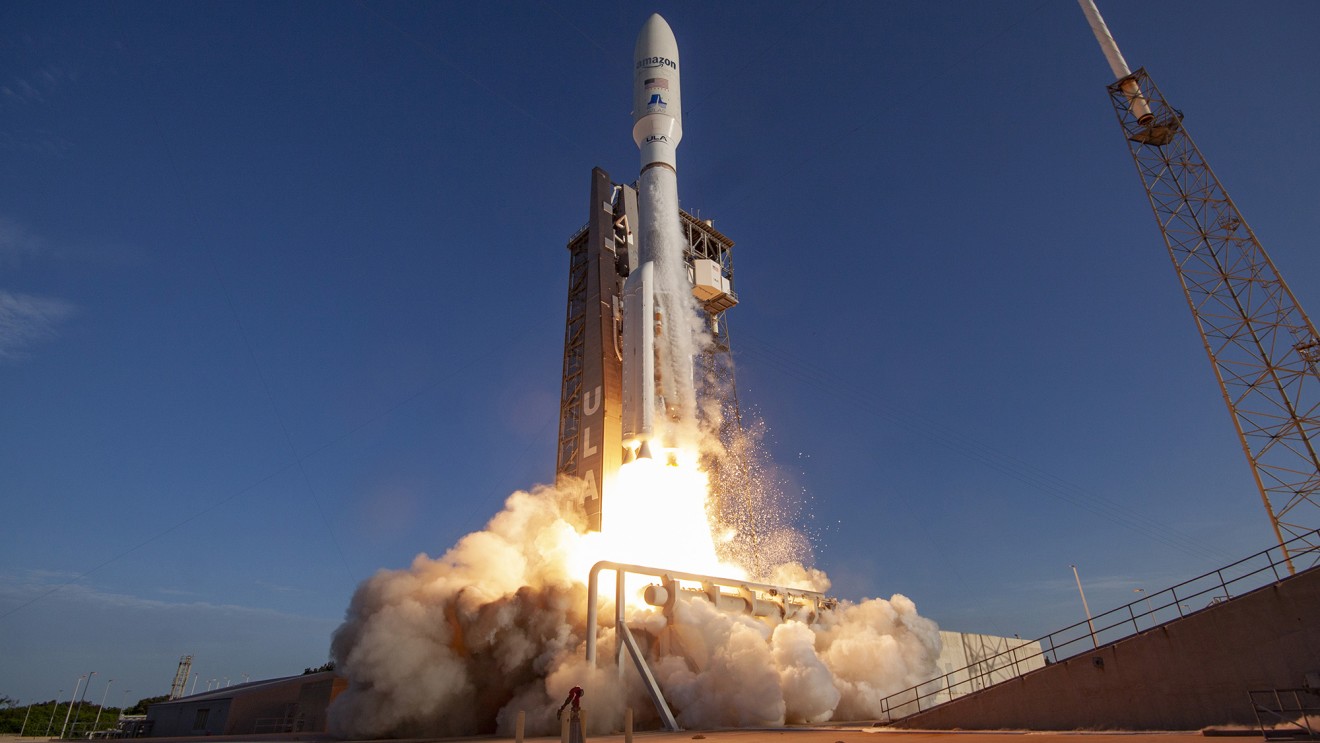 Amazon’s answer to SpaceX’s satellite-based Starlink internet service is called Project Kuiper, and now the company has secured flights on ULA’s Atlas V rocket. These launches will be the first of many to build out the constellation of 3,236 satellites.

Amazon announced the new constellation back in 2019 to compete with the growing OneWeb and Starlink constellations. These global constellations of thousands of satellites will offer worldwide coverage of internet service to the unserved or underserved areas of the world.

The deal announced today between Amazon with United Launch Alliance (ULA) will consist of nine launches on ULA’s workhorse rocket, the Atlas V. This is a huge win for ULA who has seen a decrease in commercial contracts since the growth of SpaceX and other commercial launchers in the past couple of years. The Atlas V is one of the most reliable rockets currently flying and has been trusted by the US Military and NASA to launch their most important missions to space including Mars 2020.

The lack of Blue Origin in the deal

It is weird to see zero inclusion of Blue Origin in the deal, which is also backed by Amazon founder Jeff Bezos. Blue Origin has been developing their New Glenn rocket for the past couple of years and is supposed to launch by the end of 2022. The choice to not go with Blue could be a sign of further delays to the timeline after NASA decided not to select the Blue Origin led National Team’s bid for Artemis’ Human Landing System.

What is even weirder is that ULA’s Vulcan rocket was not selected to launch the first Kuiper satellites with. The Vulcan first stage will be powered by Blue Origin’s BE-4 engine and currently has a pathfinder booster at SLC-41 on Cape Canaveral Space Force Station. Kuiper’s timeline for getting these satellites into orbit could be too quick for Vulcan to be ready in time for the first launch.

Amazon has mentioned that these satellites and their dispensers have been engineered for multiple launches. Amazon previously stated that Kuiper launches would be rocket agnostic (SpaceX launches its internet satellites with its own rocket). This means we could see Amazon spread the launches of their satellites across multiple launch providers like ULA or even Rocket Lab and its Electron or new Neutron launcher.

“We’ve designed our satellites and dispenser system to accommodate multiple launch vehicles—this gives us the flexibility to use many different rockets and providers to launch our satellite system. Atlas V is a capable, reliable rocket, and we’re proud to be working with ULA to support these important first launches.”

No dates have been set for when the first of these launches will take place or how many will fly per rocket, but the FCC is requiring half of the constellation to be launched by July of 2026.