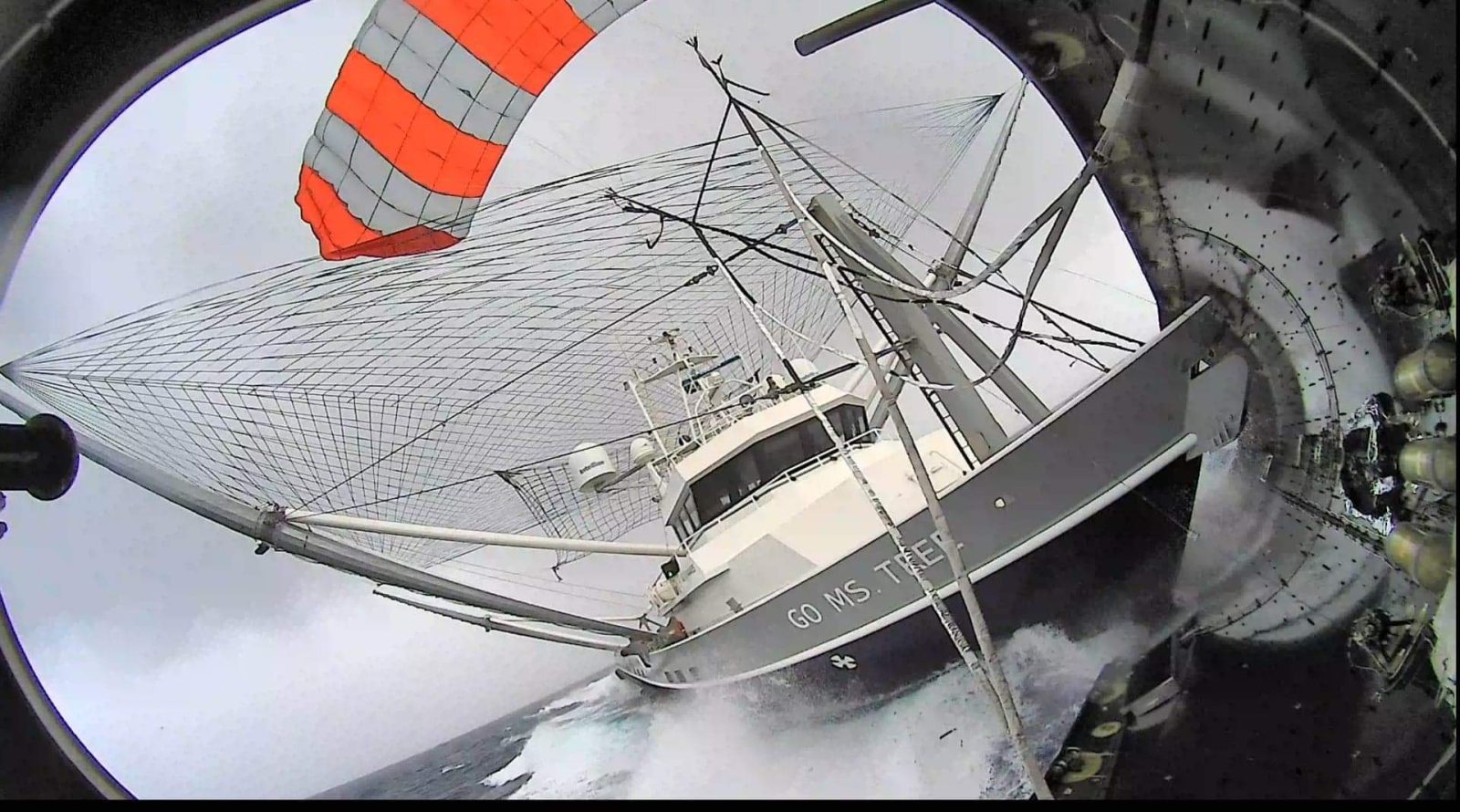 SpaceX retired their two fairing catching ships earlier this year and moved on to contracted vessels for scooping the fairings out of the water. Below is a look at what trying to catching those fairings looked like for the crew.

The video obviously came from one of the crew members of GO Ms. Chief or GO Ms. Tree. The two fairing catching ships that were released from their contracts with SpaceX earlier this year. The video makes it clear why SpaceX decided not to continue attempting to catch fairings out of the water. The catchers had a low success rate, and failures normally meant damaged fairings (and sometimes damage to the ships). There is also crew safety to consider, with how close they are in the event of a failed catch. Recovering them from the water just made sense.

The video was shared on social media yesterday publicly for a few hours before the account went private and then was deleted. It shows one fairing just missing the ship’s large net. The fairing then fell and broke as it hits the ocean’s water. We always wondered how those fairings came back all busted.