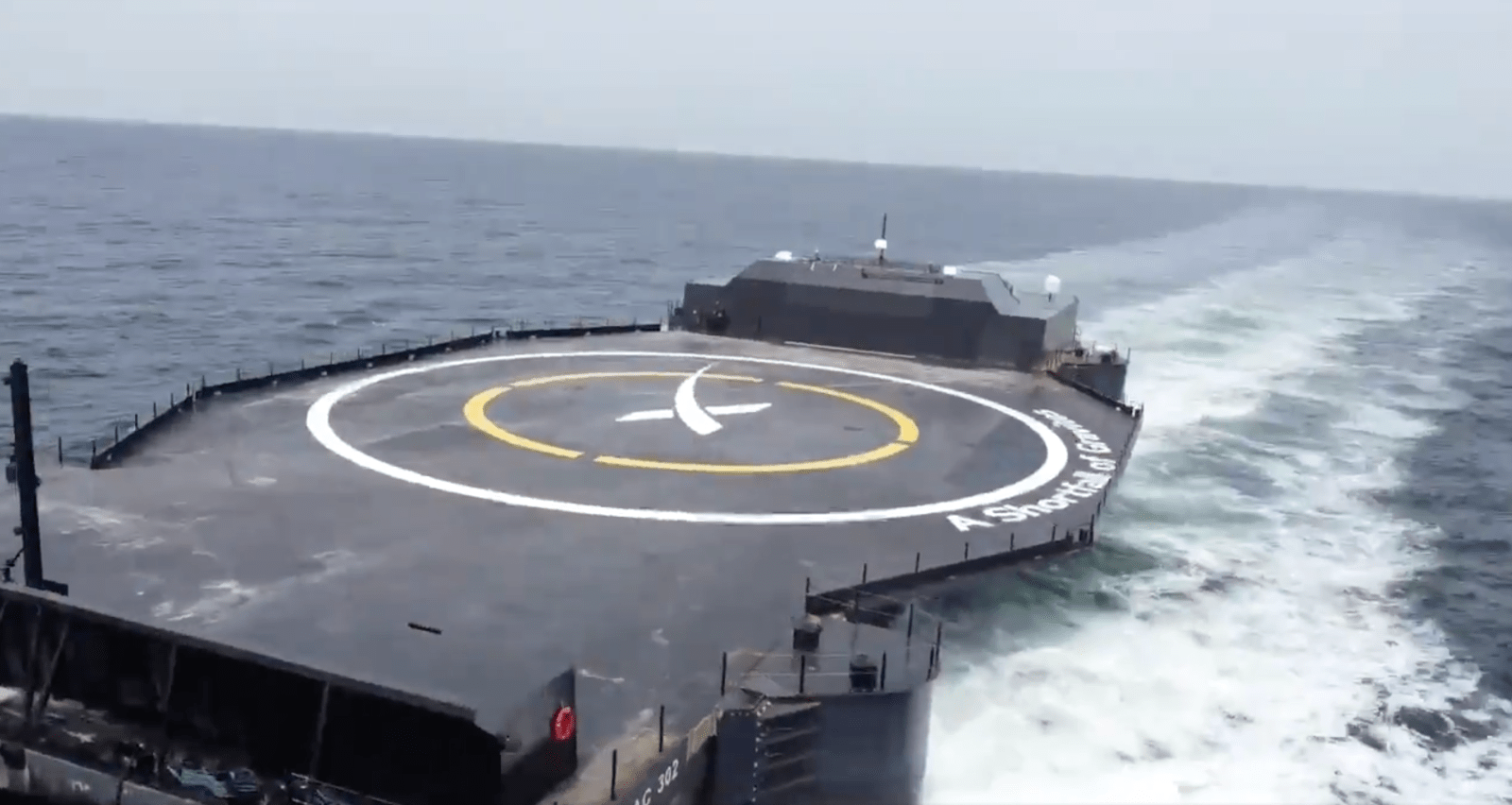 Over the few months, SpaceX’s newest droneship has made baby steps towards operation. The next step is coming close to an end as it approaches its homeport in Florida.

It departed Port Fourchon Friday morning for its sea trials, which happened just of the coast of Louisiana. This was the first time ASOG conducted autonomous operations at sea to prove it was ready to catch rockets. This test also showed SpaceX’s ability to pilot a droneship autonomously, making tugs no longer necessary for the bulk of the trip.

After SpaceX finished its sea trials tug Finn Falgout hooked back up and started the journey towards Florida.

After the long journey in the Gulf of Mexico, Finn Falgout and ASOG reach the Straits of Florida yesterday. This is the body of water mostly between the Florida Keys and Cuba. Since then Finn has been in the coverage of ground base tracking stations and is making its way up the Florida coastline.

One of the unique parts of Florida is every part of the coastlines have their own name. The most famous of these is the Space Coast, covering from Vero Beach up to Daytona but there’s also Treasure Coast, Vero Beach to Boca Raton, and Gold Coast, Boca Raton to Miami.

ASOG completed the Gold Coast trek this morning and began traveling up the Treasure Coast. It will most likely enter the Space Coast by this afternoon with an arrival to Port Canaveral planned for tomorrow morning.

Arrival to the infamous Space Coast

Late this afternoon Finn Falgout and ASOG arrived just offshore Port Canaveral. There they will hold out the rest of the night before they make their final journey to north cargo piers. ASOG will join Just Read The Instructions and the rest of the East Coast fleet.

SpaceX’s mission for A Shortfall of Gravitas

SpaceX will put ASOG to work as their second East Coast droneship. Earlier this year we saw SpaceX finish out the first shell of Starlink satellites with an unprecedented launch cadence. Once completed, SpaceX shipped their Of Course I Still Love You droneship to the west coast while a lull in launches occurred.

ASOG is expected to go through more sea trials closer to the SpaceX home port before going out for its first mission. The next launch slated for the east coast is CRS-23 from Kennedy Space Center in mid-August. There’s a chance SpaceX will use this mission for ASOG’s debut but it’s too far out to say for certain.

A Shortfall Of Gravitas Finn Falgout