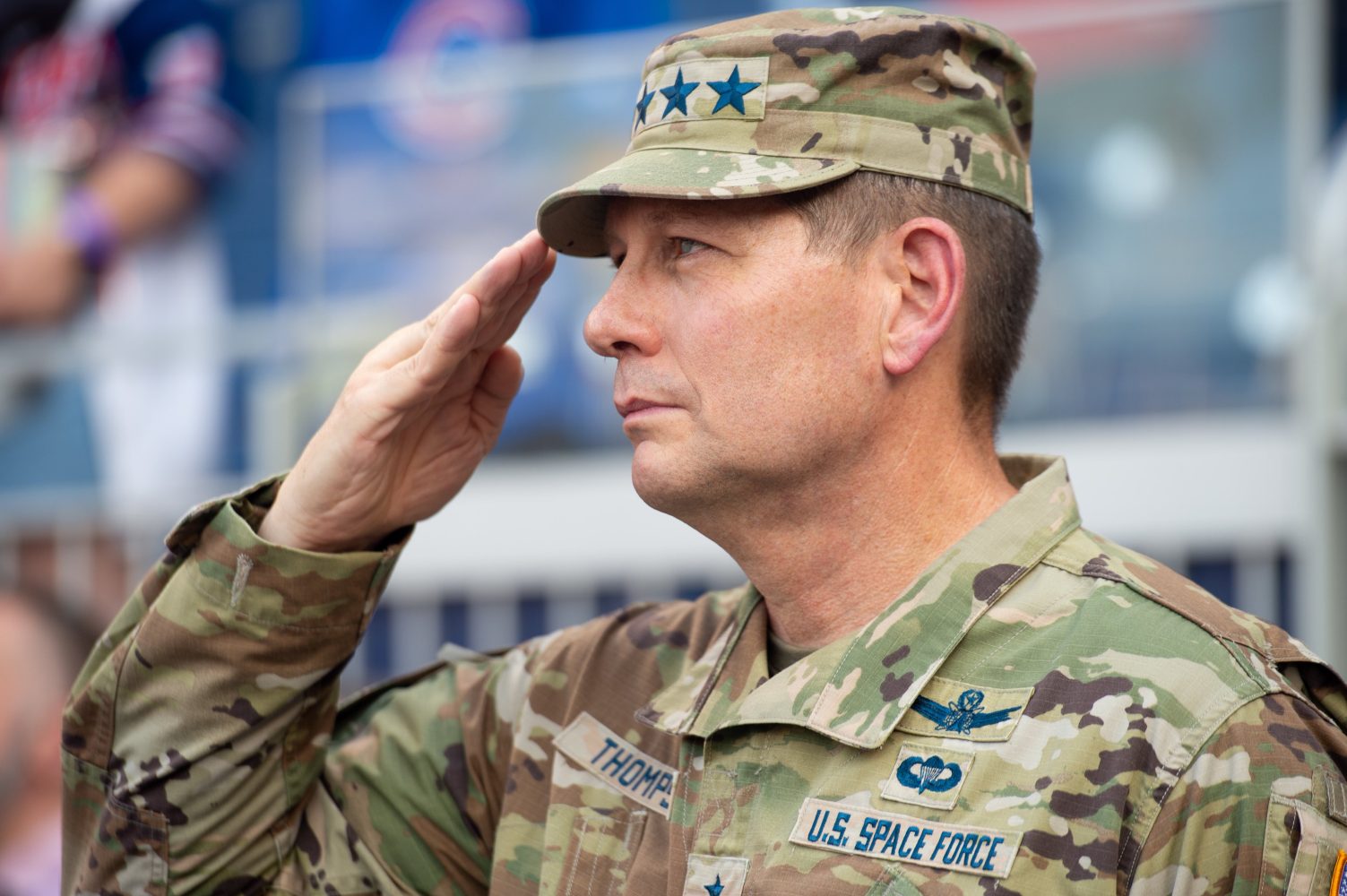 Before yesterday’s game between the Washington Nationals and San Diego Padres, the Vice Chief of Space Operations threw out the first pitch alongside other Space Force Guardians.

General David Thompson was one of the first members to join the new branch back in 2019 and has been a part of Space Command since 2015 when it was a part of the US Air Force. General Thompson currently holds the role of Vice Chief of Space Operations which is the second-highest position in the Space Force. Prior to this position, he was the Vice Commander of the Space Force. This was before the Space Force joined the Joint Chiefs of Staff and had the title changed to Vice Chief. While in the Air Force, General Thompson served in many high roles in most of the different military commands.

The Space Force was hosted by the Washington Nationals in their first of a three-game series with the San Diego Padres. Alongside General Thompson throwing out the first pitch, other Space Force members sang the National Anthem. The Nationals ended up falling short to the Padres in the game with a score of 8-24.

Photos courtesy of the US Space Force