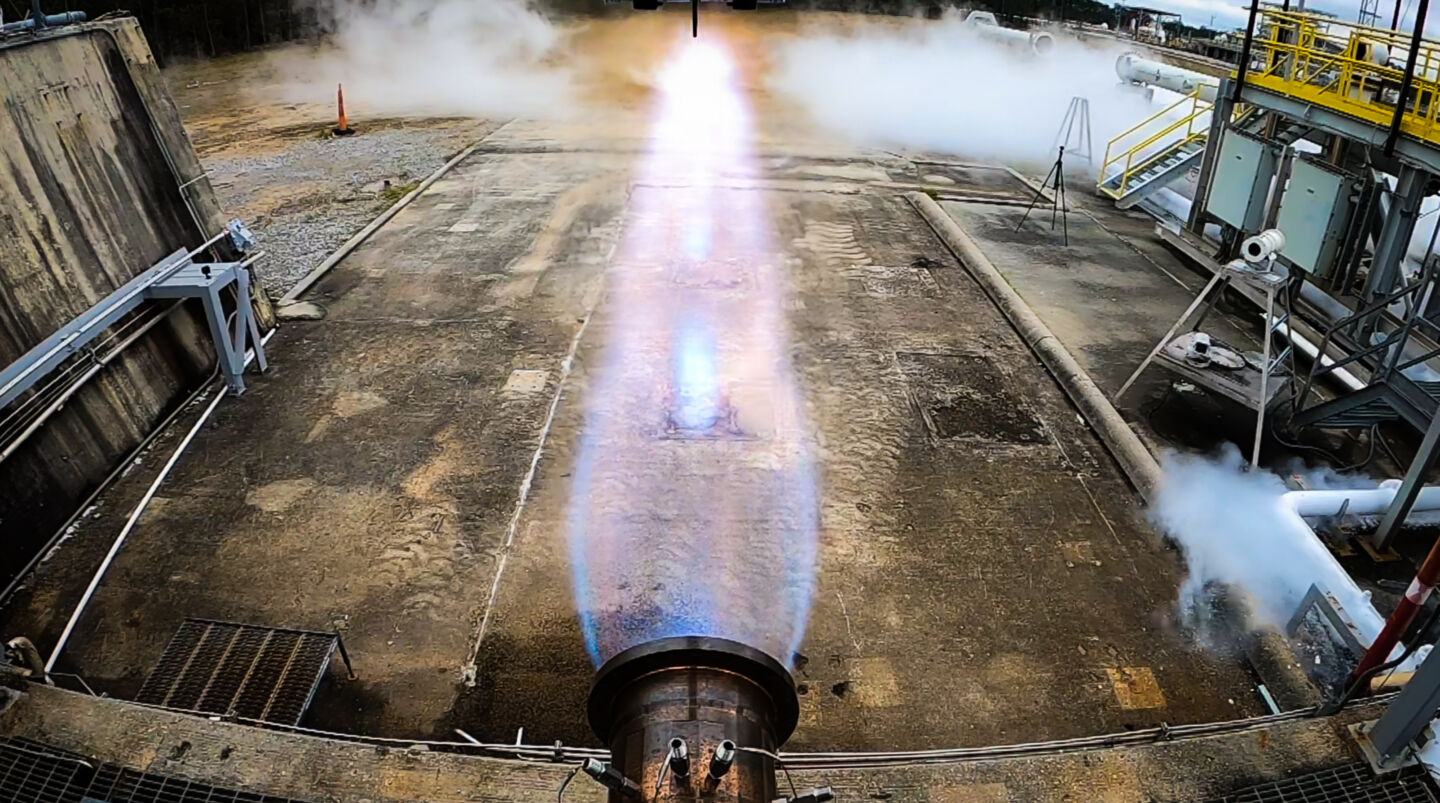 Eric Berger has published a new profile of the rocket startup Relativity Space for Ars Technica, including new reporting on the company’s activity at Stennis Space Center.

Relativity Space is on a mission to launch rockets assembled through automation and 3D printed components. The company is currently developing its 3D printed Aeon engine and Terran 1 launch vehicle that it plans to fly as soon as 2021.

Relativity Space operates three Stennis test facilities (E-4, E-3, and now E-2) as well as the Stennis Factory it secured last summer. In the piece, the company discloses their expanded presence in Mississippi for the first time.

Initial testing began in December, and components of the new engine are now making their way to Mississippi from Relativity’s factory in Southern California—thrust chamber assemblies, injectors, turbopumps, and more. [David] Giger says he expects to begin conducting tests of the complete engine by this summer.

For now, however, he’s focused on the thrust chamber. With video monitors showing the Mississippi stand from several different angles, the action is short, hot, and controlled. The igniter turns on, initiating combustion of the methane fuel and liquid oxygen oxidizer. After two seconds, the thrust chamber shuts down. The purposefully short test was a complete success.

The test occurred at a new facility that Relativity acquired last August, the E-2 complex at Stennis. The company has not publicly discussed this new facility until now.

SpaceX is the last occupant of the E-2 facility, which Relativity Space now occupies. The company details all of their Stennis infrastructure on their website:

Development, qualification, and acceptance testing of Aeon will occur at the E-2 Test Complex. Relativity is investing capital to build on the existing site with a permanent team leading test operations.

Berger highlights just how much presence Relativity Space now has at Stennis:

In addition to these two stands, Relativity previously acquired four test cells at the E-4 complex a little less than half a mile away. From there, it will run whole Aeon engine tests as well as integrated second stages of the Terran 1 rocket. The modified test cells have fully automated regulators that control the flow of fluids and power to the rocket. The goal, Giger said, is to reduce the number of engineers needed to conduct an engine test to two people—a primary conductor and an extra set of eyes.

With these two complexes, Relativity now has one-third of the test stands at NASA’s Stennis Space Center under its control, which seems pretty remarkable for a company started by two guys in their 20s, just four years ago.

The piece is also a great behind-the-scenes look at the grounds of the space center that are otherwise not so public.

Read the full profile for much more.