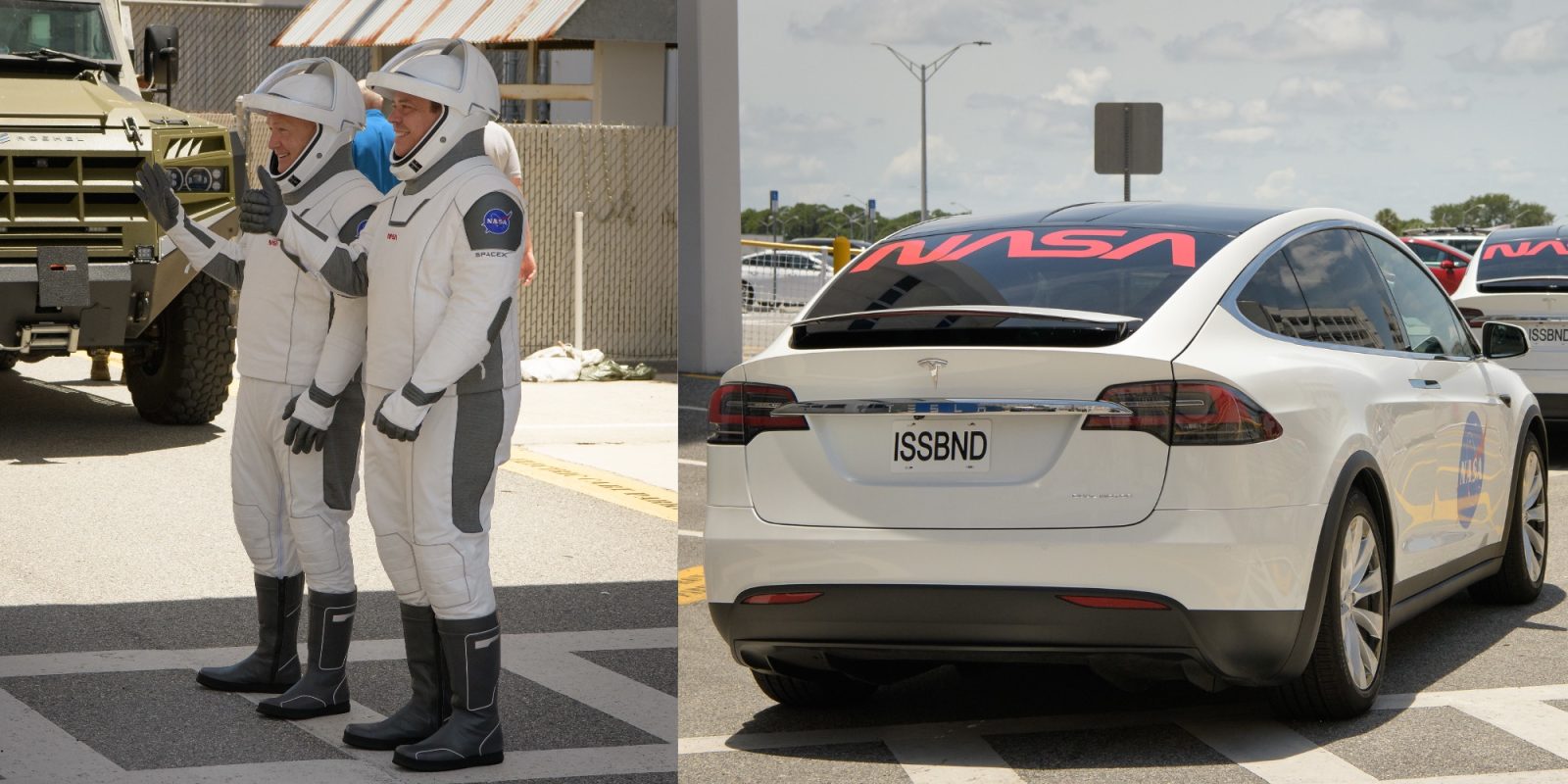 Astronauts Bob Behnken and Doug Hurley will be on their journey to the International Space Station in just four days. Before history is made on May 27, the NASA and SpaceX teams must prepare with a bit of practice in the form of a dress rehearsal.

Sporting modern SpaceX flight suits inside a Tesla Model X electric SUV tagged with “ISSBND” (as in International Space Station bound), the astronaut duo went through all the motions of what we’ll see on Wednesday — minus firing off a Falcon 9 rocket.

When the crew does head to space on Wednesday inside a Crew Dragon spacecraft, the launch will mark the first time SpaceX has sent humans to space. For NASA, the Demo-2 test flight marks the return of human spaceflight to America after nearly a decade of leasing Russian rocket seats.

NASA is branding the Demo-2 mission as Launch America to showcase sending a NASA crew from American soil on a rocket design and built in the United States.

Astronauts Behnken and Hurley will join Expedition 63 Commander Chris Cassidy onboard the space station after a 19 hour flight inside the SpaceX Crew Dragon. SpaceX demonstrated an uncrewed mission to the ISS with it successful Demo-1 mission a year ago.

Both astronauts will be transferred from the Neil Armstrong Operations and Checkout Building to the launchpad on Wednesday inside a Tesla Model X, the official astronaut transportation vehicle for SpaceX. The white Model X sports an “ISSBND” tag and both NASA’s original meatball emblem as well as the recently revived worm logo.

Both the dress rehearsal and launch day procedures include a limited presence due to safety precautions over COVID-19. Astronauts Bob Behnken and Doug Hurley remain in a routine quarantine between essential activities.

With helmet shields in the open position, both astronauts wave from inside the white Model X with a matching interior. SpaceX flight suits include the NASA worm logo to mark the return of human spaceflight for America.

The Tesla Model X can be seen from Launch Control Center just outside the VAB in route to Launch Complex 39-A.

Astronauts Bob Behnken and Doug Hurley will board the Crew Dragon spacecraft atop the Falcon 9 rocket at the launchpad on Wednesday.

Back at Launch Control Center, NASA and SpaceX teams will work alongside each other to ensure a safe launch for the NASA astronauts and SpaceX hardware.

If launch conditions allow, the Demo-2 mission will liftoff on Wednesday, May 27, at 4:33 p.m. EDT. Follow coverage all week from Space Explored.