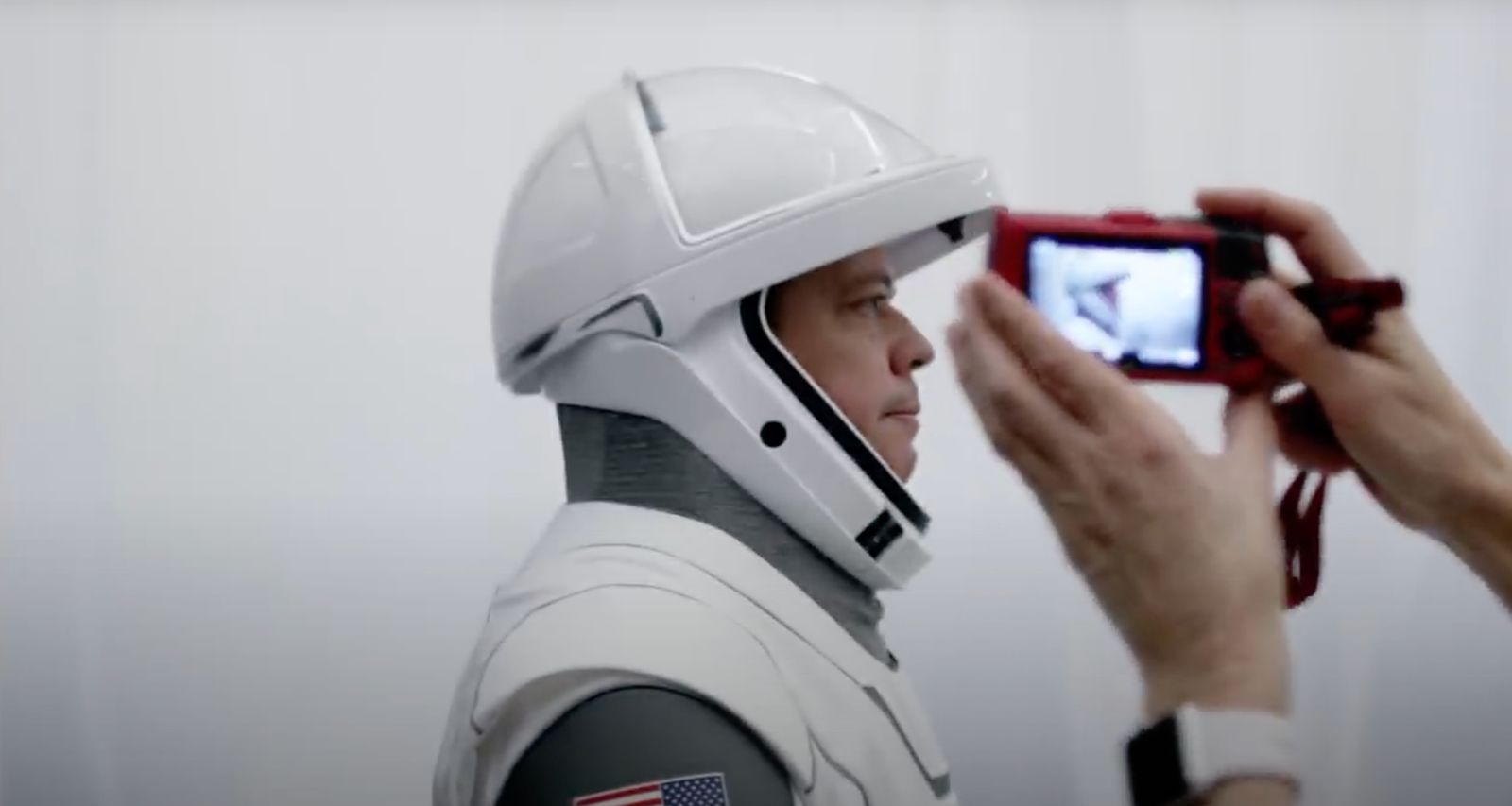 SpaceX was days away from sending astronauts to orbit for the first time in the company’s history last May, but the one thing everyone wanted to talk about was the sleek new spacesuit.

The design is polarizing. A white and gray two-piece flight suit is worn by astronauts who travel to space in a SpaceX vehicle. It’s a bold departure from the orange and blue flight suits traditionally worn by NASA astronauts.

In a new video published by SpaceX, Space Suits and Crew Equipment Manager Chris Trigg describes how the flight suits are also extensions of the Crew Dragon spacecraft by design.

Trigg describes the sleek space suits as a “suit-seat system” because of how the flight suits communicate with the ship when an astronaut is seated and connected. A single port engages the suit with the ship to enable communication, cooling, and even pressurization.

Maria Sundeen, Lead Space Suit Specialist at SpaceX, adds that each SpaceX space suit is customized made for each crew member who is assigned to a SpaceX crewed mission.

Key aspects of SpaceX’s suit include both comfort and security, Trigg says, with features like hearing protection and flame resistance..

These qualities serve to protect the crew if the Dragon capsule were to depressurize in space during flight — something no astronaut wants.

SpaceX sent NASA astronauts Bob Behnken and Doug Hurley to the International Space Station on May 30. Both astronauts wore the “seat-suit system” while leaving the Earth’s atmosphere. The astronaut duo is set to return from their extended mission as soon as this weekend.

Behnken and Hurley are part of SpaceX’s Demo-2 mission to certify the company’s Falcon 9 rocket and Crew Dragon capsule for human spaceflight.

NASA is contracting astronaut flights to low Earth orbit out to SpaceX and later Boeing through its Commercial Crew program. The effort allows NASA to not rely on million dollar seats on Russian rockets for sending crew to the ISS.

Meanwhile, NASA is setting its sights on the Moon. Under the Artemis program, NASA plans to send the first woman and next man to the Moon as soon as 2024. And yes, that means new (lunar) space suits.