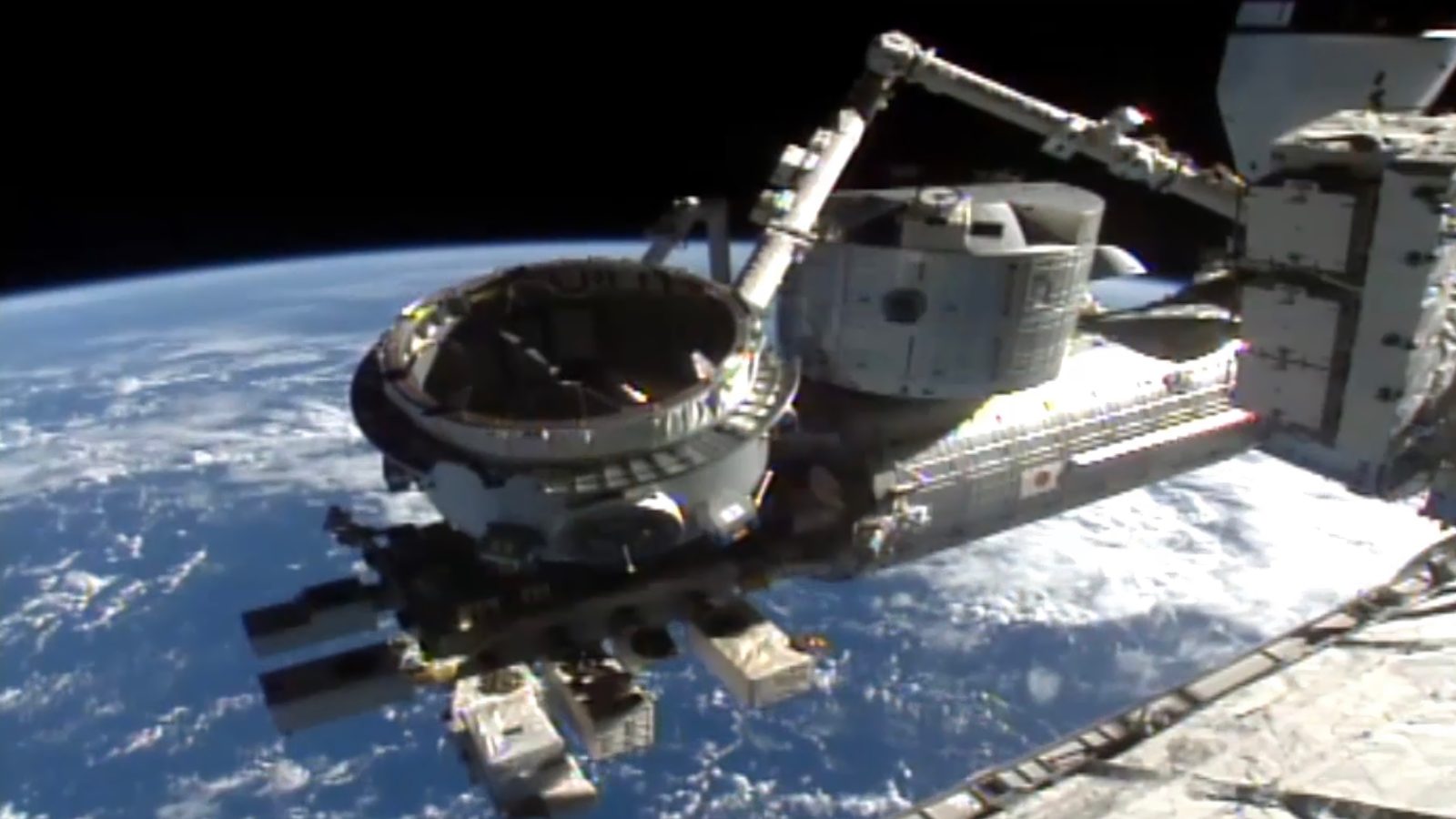 Saturday evening was an eventful one for the International Space Station. Over the weekend, the ISS robotics team completed the “cold” installation of the Bishop Airlock, the first commercially funded airlock to reach the space station. The Nanoracks-built airlock arrived in the trunk of SpaceX’s Dragon capsule as part of the recent CRS-21 resupply mission.

Nanoracks shared on December 19 that the Bishop Airlock would be removed from the SpaceX Dragon trunk for installation on the International Space Station’s Node 3 location.

The term “cold” refers to the installation being physically completed but not powered. Nanoracks says that operation will be completed in early January due to the amount of operations scheduled aboard the space station before then.

The procedure began around 6:44 p.m. EST when the airlock was robotically removed from the cargo capsule trunk using Canadarm2. Shortly after 9 p.m. EST, the airlock was fully removed and being transported to Node 3 on the ISS. The operation was completed about an hour later, Nanoracks confirmed.

Work on preparing the Tranquility module for the first commercial airlock began earlier this year when astronauts Chris Cassidy and Bob Behnken completed a milestone spacewalk. The airlock is detachable and will be used to deploy payloads to space, dispose of trash, house experiments externally, and hold equipment during future spacewalks.

The arrangement is part of NASA’s strategy to provide more opportunities for U.S. industry with a goal to achieve a sustainable economy in low-Earth orbit from which NASA can be one of many customers. That allows NASA to focus government resources on deep space exploration through the Artemis program and landing the first woman and next man on the surface of the Moon.

In this case, under a Space Act Agreement, Nanoracks provided the initial investment and the physical structure. NASA will provide power and space-to-ground communication, as well as astronauts to handle cargo and run experiments. Once operational, the new door will mean more access for NASA and everyone else – private companies, academic institutions, public agencies, even citizens.

Read more about the first commercial airlock on ISS here.