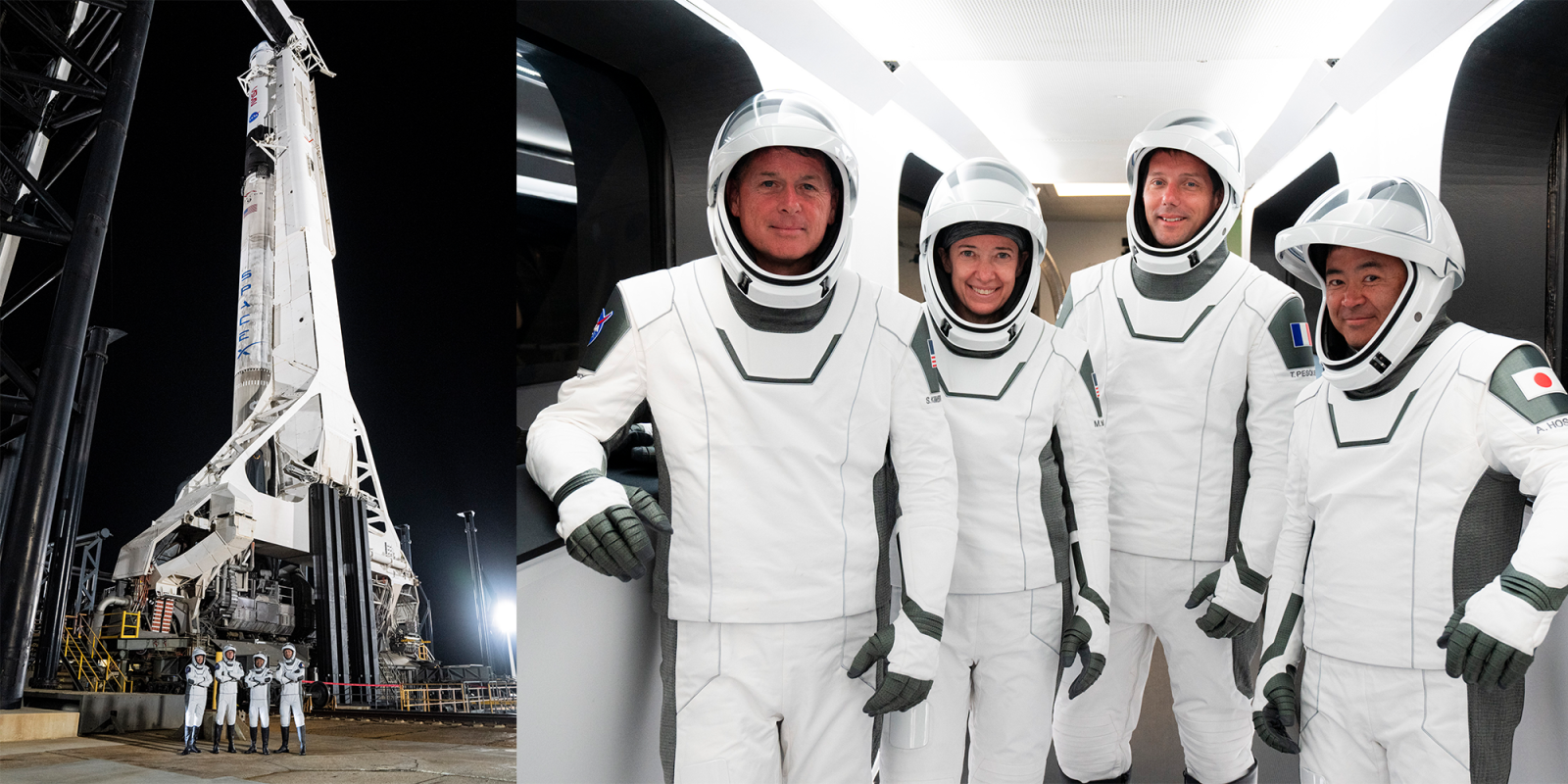 SpaceX’s Dragon capsule has been a huge success with the launch of DM-2 and Crew 1 for NASA last year. This year they have two more missions to launch crew rotations to the International Space Station under the Commercial Crew Program with the next coming up this week.

Landing Site: Of Course I Still Love You, Atlantic Ocean

SpaceX’s Crew Dragon capsule is a crew-rated variant of the Dragon 2 capsule used to shuttle cargo to the ISS as part of NASA’s Commercial Resupply contract. The first Crew Dragon took flight in March of 2019 for a week-long test in space, this was followed by an in-flight abort test and crewed test flight before being certified by NASA.

The Dragon capsule, while originally designed to land propulsively, splashes down in the ocean under the descent of 4 parachutes and can be reused for future crewed missions.

The historic Dragon capsule named Endeavour first flew SpaceX’s DM-2 mission. This was the first crewed flight from American soil since the retirement of the Space Shuttle in 2011. This will be the first crewed reflight of a Dragon capsule after it went through a recertification and refurbishment process when it returned in August of 2020.

SpaceX will be launching the next crew to the ISS on their workhorse rocket, the Falcon 9. Powered by 9 Merlin engines on the first stage and a single vacuum optimized Merlin engine on the second stage. The Falcon 9 became crew rated after the success of the DM-2 mission in 2020 and has launched to date 113 missions with a 98% success rate.

For the first time, SpaceX will be allowed to launch a crewed mission for NASA on a flight-proven booster. B1061 first launched in November of last year carrying Crew 1 to the ISS and landed on Just Read The Instructions in the Atlantic Ocean. This will be the booster’s both second flight and crewed flight.

Only minor changes for tomorrow’s early morning launch. Primary concerns from the 45th Space Wing are flight through precipitation as the Space Coast will expect isolated thunderstorms this evening. The potential GO for weather is still at 90%, good news is the 45th removed the concern of solar activity for the Crew 2 launch. No word yet on how crew recovery weather is looking in the case there is an abort somewhere along the flight path.

In the case of a delay, Monday morning will be the next possible opportunity for a launch to the ISS. Weather for Monday looks rough with more deteriorated weather overall but also with moderate booster recovery risk which also means crew recovery off the east coast will be rough as well. Tuesday’s launch day will be much cleaner with optimal weather for launch, both Monday and Tuesday have potential GO for good weather at 80%.