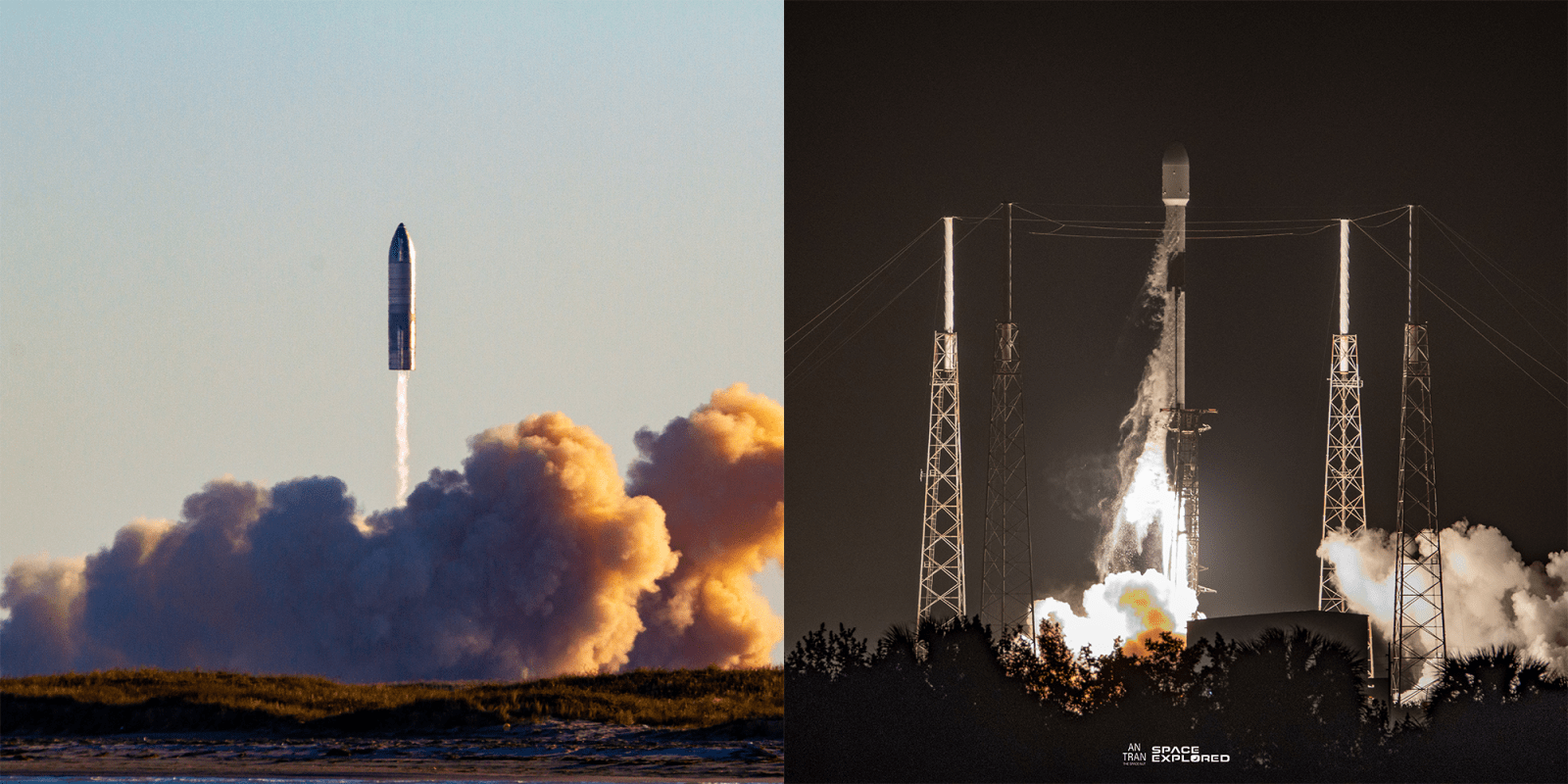 Not very often do we get two launches on the same day from the same company but today we might just see that take place. Two SpaceX rockets are on their respective launch pads counting down toward two launches later today.

On the east coast, SpaceX’s Falcon 9 is launching the Starlink L25 mission from LC-39A and on the gulf coast Starship SN15 is on its test mount in Boca Chica, Texas. Both of these missions are on track to launch this afternoon with the Falcon 9’s liftoff at 3:01 PM EDT and Starship able to launch sometime before 8 PM.

Starlink’s launch will be flown on booster 1049 which has been launching missions for SpaceX since 2018 and has launch a total of 8 times. This will be SpaceX’s second 9th flown booster if it can successfully send its payload to space. This mission will land on the droneship Of Course I Still Love You out in the Atlantic Ocean.

There are still some weather concerns for this launch today and with no update from the 45th Space Wing on current conditions we will have to weight for SpaceX to confirm if launch is GO for today.

We’ve seen four different variation of SpaceX’s Starship vehicle and today we might be able to see the fifth version fly. SN15 is the newest version of Starship and has been said to have many internal changes to improve reliability. Today SN15 is planning to launch up to 10 KM and attempt to land on the landing pad next to where it launched.

It is unsure when today’s flight will happen, currently we are on track for an afternoon launch attempt. Right now, we are waiting on confirmation of the residents near the testing site to be evacuated before SpaceX begins fueling operations.

Residents confirmed that no evacuation order will be given today. Without having the residents at a safe distance from the launch and landing, SpaceX cannot fly today. The next possible attempt will be tomorrow.