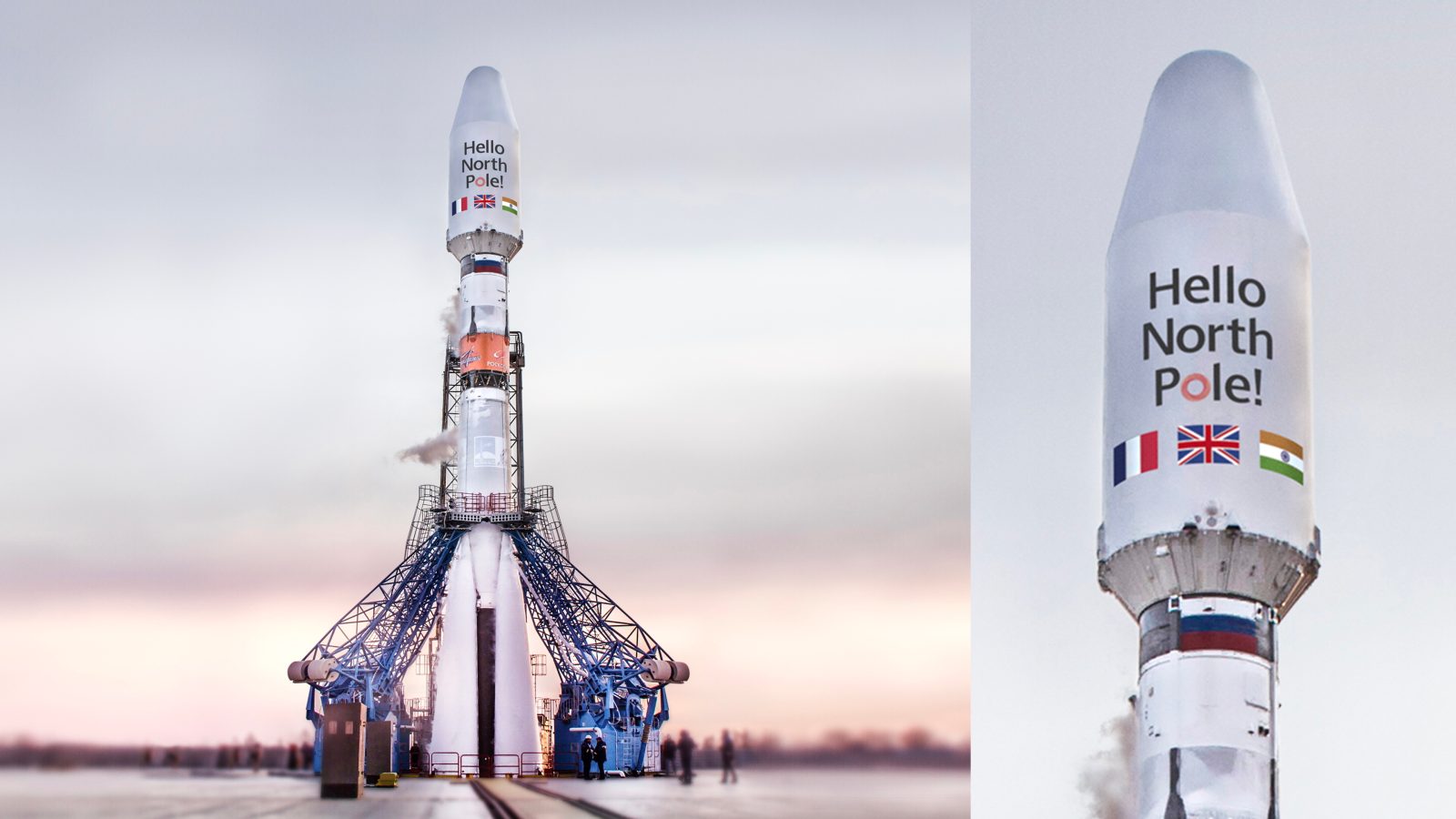 After coming back from the dead recently, OneWeb continues to build out its constellation of satellites to provide networking service to terminals around the world.

The latest mission that took place this week brings OneWeb’s constellation up to 254 satellites. OneWeb deploys its hardware after a ride to space on Russia’s Soyuz rocket from the Vostochny Cosmodrone.

Here’s more information about the mission prior to launch:

This launch will mark the completion of our ‘Five to 50’ ambition enabling connectivity services for the first time to the 50th parallel and above by the year end. To mark the fifth and final launch of ‘Five to 50’, with all satellites delivered on time, a welcome message “Hello North Pole” is branded on the rocket, reflecting the significant progress OneWeb has made to secure its Arctic coverage.

Liftoff occurs around 48 minutes 12 seconds into the livestream video:

London, 1 July 2021: OneWeb, the Low Earth Orbit (LEO) satellite communications company, today announced the successful launch of another 36 satellites to mark the completion of its ‘Five to 50’ mission. With this major milestone, the Company is ready to deliver connectivity across the United Kingdom, Canada, Alaska, Northern Europe, Greenland, and the Arctic Region.

Service demonstrations will begin this summer in several key locations – including Alaska and Canada – as OneWeb prepares for commercial service in the next six months. Offering enterprise-grade connectivity services, the Company has already announced distribution partnerships across several industries and businesses including with BT, ROCK Network, AST Group, PDI, Alaska Communications and others, as OneWeb expands its global capabilities. The Company continues to engage with telecommunications providers, ISPs, and governments worldwide to offer its low-latency, high-speed connectivity services and sees growing demand for new solutions to connect the hardest to reach places.

The launch of the latest 36 satellites was conducted by Arianespace from the Vostochny Cosmodrom. Liftoff occurred on 1 July at 13:48 BST. OneWeb’s satellites separated from the rocket and were dispensed in 9 batches over a period of 3 hours 52 minutes with signal acquisition on all 36 satellites confirmed.

The Prime Minister of the United Kingdom, the Rt. Hon. Boris Johnson, MP, said: “This latest launch of OneWeb satellites will put high-speed broadband within reach of the whole Northern Hemisphere later this year, including improving connectivity in the remotest parts of the UK.

“Backed by the British Government, OneWeb proves what is possible when public and private investment come together, putting the UK at the forefront of the latest technologies, opening up new markets, and ultimately transforming the lives of people around the world.”

Sunil Bharti Mittal, Founder and Chairman of Bharti Enterprises, Executive Chairman of OneWeb, said:  “Today’s momentous milestone demonstrates that OneWeb is now a leader in LEO broadband connectivity, serving a wide range of stakeholders across the Northern Hemisphere. This fifth launch amid the unprecedented global pandemic is truly remarkable and I congratulate the management team and fellow shareholders on the success.

“Bharti’s doubling of its investment earlier this week is testament to the commitment to OneWeb’s mission. We now look forward to the next chapter in OneWeb’s story, preparing the company for commercial service in the less than six months to deliver our global connectivity solutions to communities around the world.”

The Rt. Hon. Kwasi Kwarteng, MP, Secretary of State, BEIS, added: “Today’s launch is an exciting milestone in providing some of the world’s most remote locations with fast, UK-backed broadband less than a year since British government investment made this possible. With yet another successful mission, the people of the UK can be proud that this country is at the heart of the latest advances in small satellite technology.

“OneWeb’s coverage across the Northern Hemisphere now puts the United Kingdom at the forefront of the latest developments in Low Earth Orbit technology, and we will capitalise on the company’s unique position within this growing market to build a strong domestic space industry and cement our status as a global science and technology superpower.”

Neil Masterson, OneWeb CEO, said: “This is a truly historic moment for OneWeb, the culmination of months of positive momentum in our ‘Five to 50’ programme, increased investment from our global partners and the rapid onboarding of new customers. We are incredibly excited to start delivering high-speed, low-latency connectivity first to the UK and the Arctic region and to see our network scale over the coming months as we continue building to global service. Thanks to all our incredible partners who have been with us on this journey and are instrumental to making OneWeb’s mission a success.”