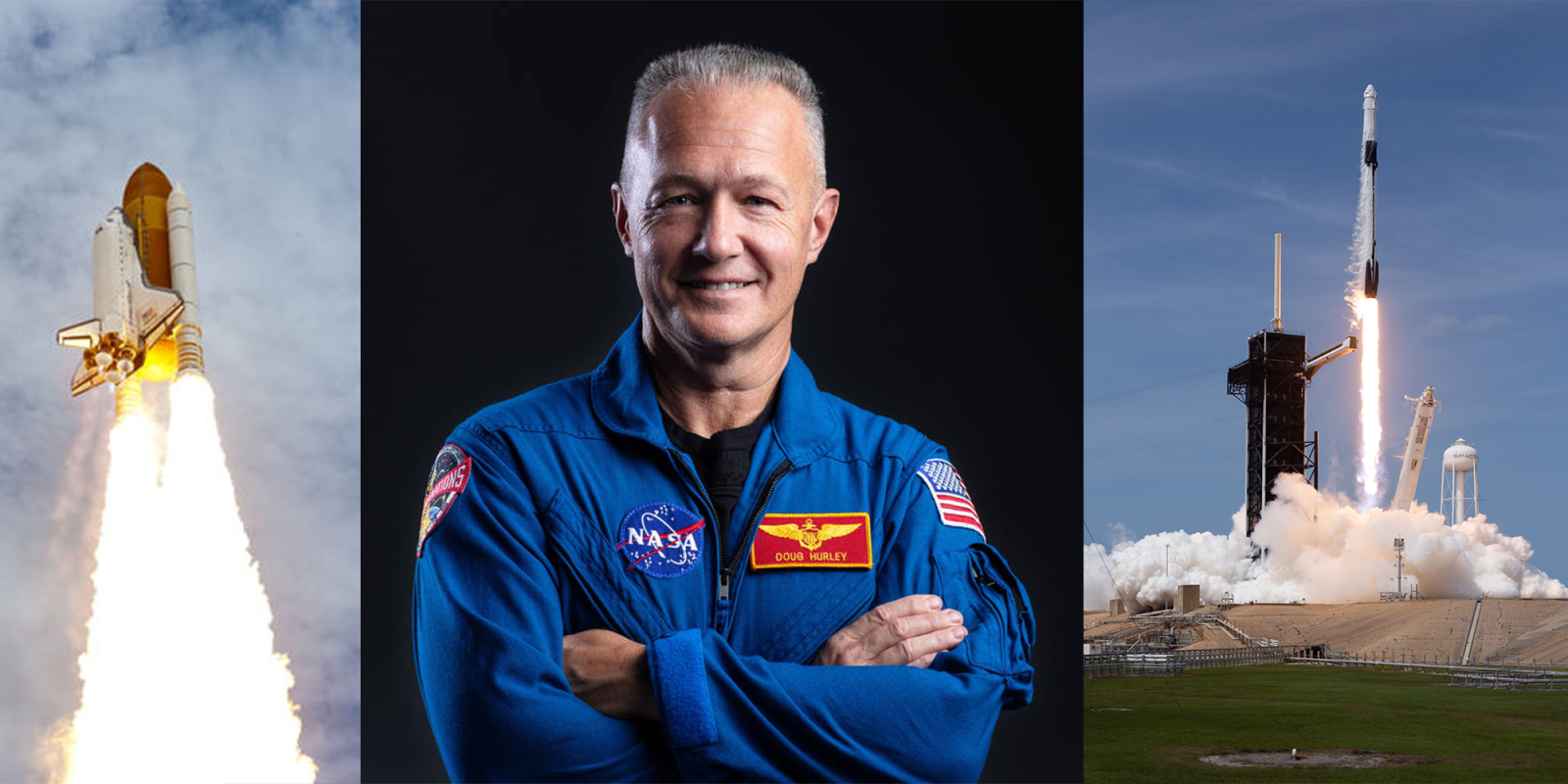 Friday, July 16th, NASA announced that veteran astronaut Doug Hurley will retire from his career within the Astronaut Office. Hurley’s career has spanned the retirement of the shuttle, activation of SpaceX’s dragon, and an overall change in NASA’s culture.

Hurley received a commission into the US Marine Corp in 1988, where he went on to become a Naval Aviator. He flew the F/A-18 Hornet with the Marines, serving 3 deployments and continuing his education and flight training. Eventually, like many military astronauts, Hurley was selected for US Navy Test Pilot School, graduating in 1997. Hurly went on to be the go-to aviator for F/A-18 testing, being the first Marine aviator to fly the F/A-18 E/F Super Hornet. That’s where Doug was when NASA found him in 2000.

Hurley was selected by NASA in 2000 alongside others who have played notable part in his life, like Bob Behnken and Karen Nyberg. After completion of his training, Hurly served in support roles at Kennedy Space Center for the Space Shuttle. This included working with the rollout and landing teams and reconstruction work on Space Shuttle Columbia.

Before finishing flight training, Hurley helped with the development of NASA’s Orion capsule, the capsule that will eventually take humanity back to the Moon and prepare us for a trip to Mars. He also served in Star City, Russia to aid in the training of NASA astronauts for Soyuz launches.

Hurley was selected to be the pilot of Shuttle Endeavour for the STS-127 mission. With it, the shuttle carried the Japanese‐built Exposed Facility and the Experiment Logistics Module Exposed Section to the space station. On his first mission to space, Hurley helped operate the robotic arm to position the new modules for installation. Finally, before departure, Hurley piloted the shuttle around the Space Station to allow the other astronauts to document the ongoing construction process.

For Doug’s second spaceflight, he was lucky enough to be on the Space Shuttle’s final mission. STS-135 would fly on Shuttle Atlantis and he would again be the vehicle’s pilot, alongside Chris Ferguson as its commander. The final construction mission of the ISS brought the Raffaello Multi-Purpose Logistics Module. Before leaving the station, the crew left an American flag for the next US crewed flight to retrieve.

Return of US crewed launches with SpaceX and Boeing

Rightfully so, two astronauts who finished the Shuttle program will be the ones to help start the next crew program. NASA started the Commercial Crew Program to replace the Space Shuttle, although it was never going to happen in a short amount of time. In 2015, Hurley was assigned to the Commercial Crew Program’s partners Boeing and SpaceX to help their capsules development. In 2018 he was selected as the Spacecraft Commander for SpaceX’s DM-2 mission.

While several different delays pushed both systems back years, the race for the flag left at the station was in full swing with Hurley and Ferguson on either side. Finally, in May of 2020, Hurley alongside his long-time friend Bob Behnken launched on top of a Falcon 9 rocket to the ISS. There they spent 2 months aiding the Expedition 63 team in experiments and spacewalks around the station. Hurley was able to retrieve the flag he left there 9 years earlier, returning crewed spaceflight to the US.

Doug Hurley has had an extremely successful career at NASA. Being one of the most talented astronauts to fly in low Earth orbit. He leaves as the agency sets its eyes beyond Earth, with the goal of returning humanity to the Moon and eventually Mars.