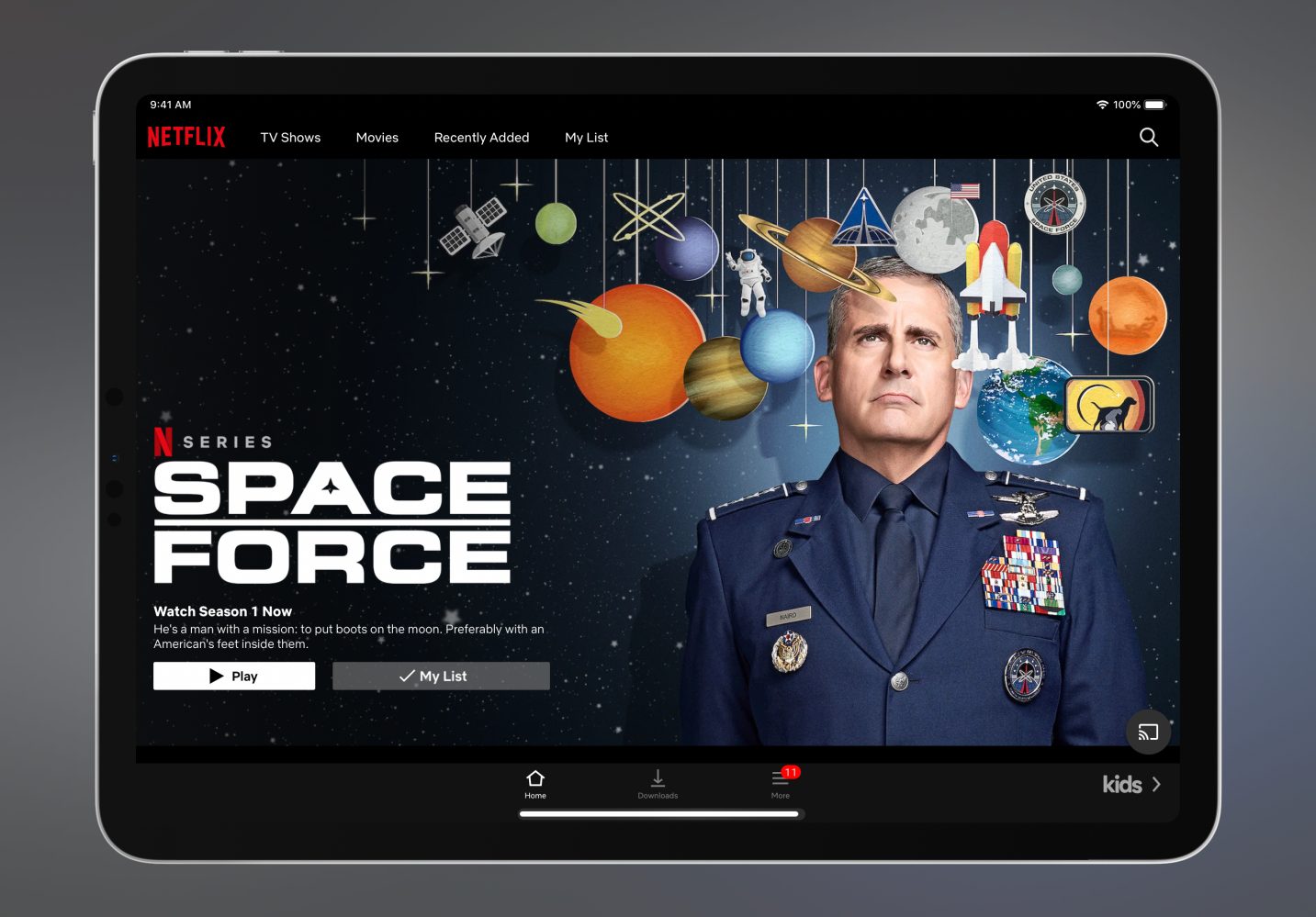 Too much electricity in the atmosphere may have delayed SpaceX from sending NASA astronauts to space this week, but a little tropical weather is no match for “Space Force.”

The actual Space Force, which is parodied in the new comedy, is almost as prone to weather delays as SpaceX.

But enough about the weather already. Steve Carell has reprised his role as comedic lead for the first time since Michael Scott’s final appearance in “The Office” aired in 2013.

Steve Carell is casted as head of the new military branch with the role of General Mark R. Naird.

So what does the real head of the Space Force think about Carell’s casting? Chief of Space Operations Gen. John Raymond recently gave this piece of advice at an event hosted by the Space Foundation.

“The one piece of advice I’d give Steve Carell is to get a haircut. He’s looking a little too shaggy if he wants to play the Space Force chief.”

Within days, however, Carell’s face — hair and all — made a special cameo at an Air Force museum:

The space-based comedy series is also special for another reason. The late comedian Fred Willard, who plays Fred Naird in the series, recently passed away at the age of 86.

All 10 half-hour episodes of “Space Force” are now available for streaming and download on Netflix.

Ready for a fun challenge? Based on quick back of the envelope math, you can complete your “Space Force” binge as Demo-2 lifts off on Saturday at 3:22 p.m. EDT if you start watching by 9:58 a.m. EDT.