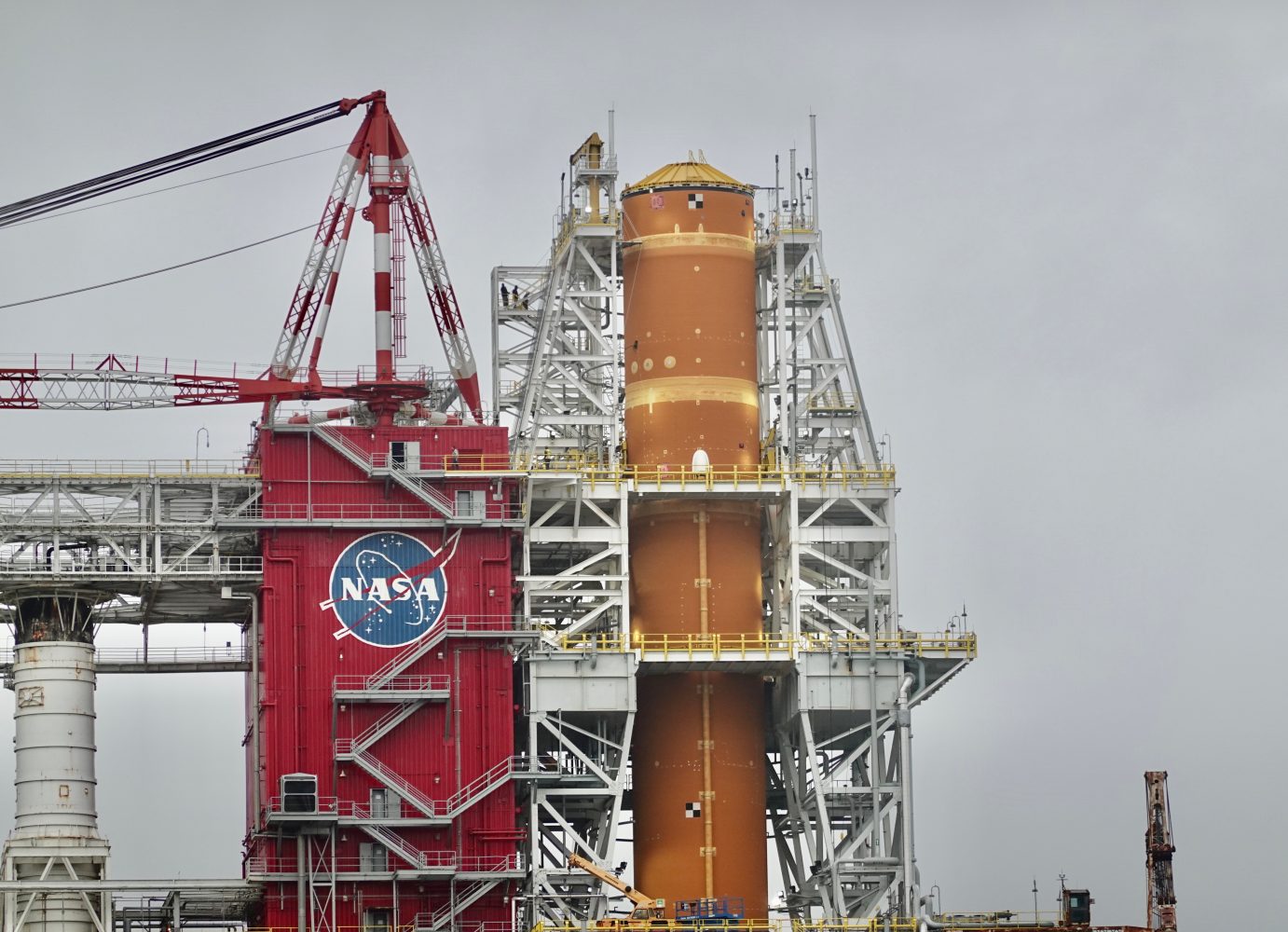 NASA and Boeing tentatively planned to complete the green run test for the core stage of Space Launch System on November 14. Then, Mother Nature introduced Hurricane Zeta. Now, NASA’s Stennis Space Center in southeast Mississippi is hunkering down for the third time this year as hurricane wind speeds around 110 mph approach.

The team is preparing to stand down for another tropical weather system that is heading to the area. The pause in work comes ahead of the most complex tests: wet dress rehearsal, when propellant will be loaded for the first time, and hot fire, when all four engines will be fired and every system within the stage will operate. During the pause, engineers will continue to assess data from recent tests to ensure the team is ready to proceed to the next phase of testing.

The agency now says it will release a revised timeline for the final two steps of its green run test after the storm passes. The final step includes a dramatic hot fire test that includes four RS-25 engines roaring for up to eight minutes. Work on testing the Space Launch System core stage was also forced to pause from March to May due to the COVID-19 pandemic.

Following a successful green run test, the massive core stage will be shipped from Stennis Space Center in Mississippi to Kennedy Space Center in Florida. Once the core stage reaches its destination, NASA engineers will begin stacking and completing assembly of the Space Launch System rocket and the Orion spacecraft.

NASA named its modern Moon and Mars exploration program after Artemis, the twin sister of Apollo.

Meanwhile, eyes on the International Space Station have captured a serious birds-eye view of the developing hurricane as it approaches Louisiana and Mississippi.