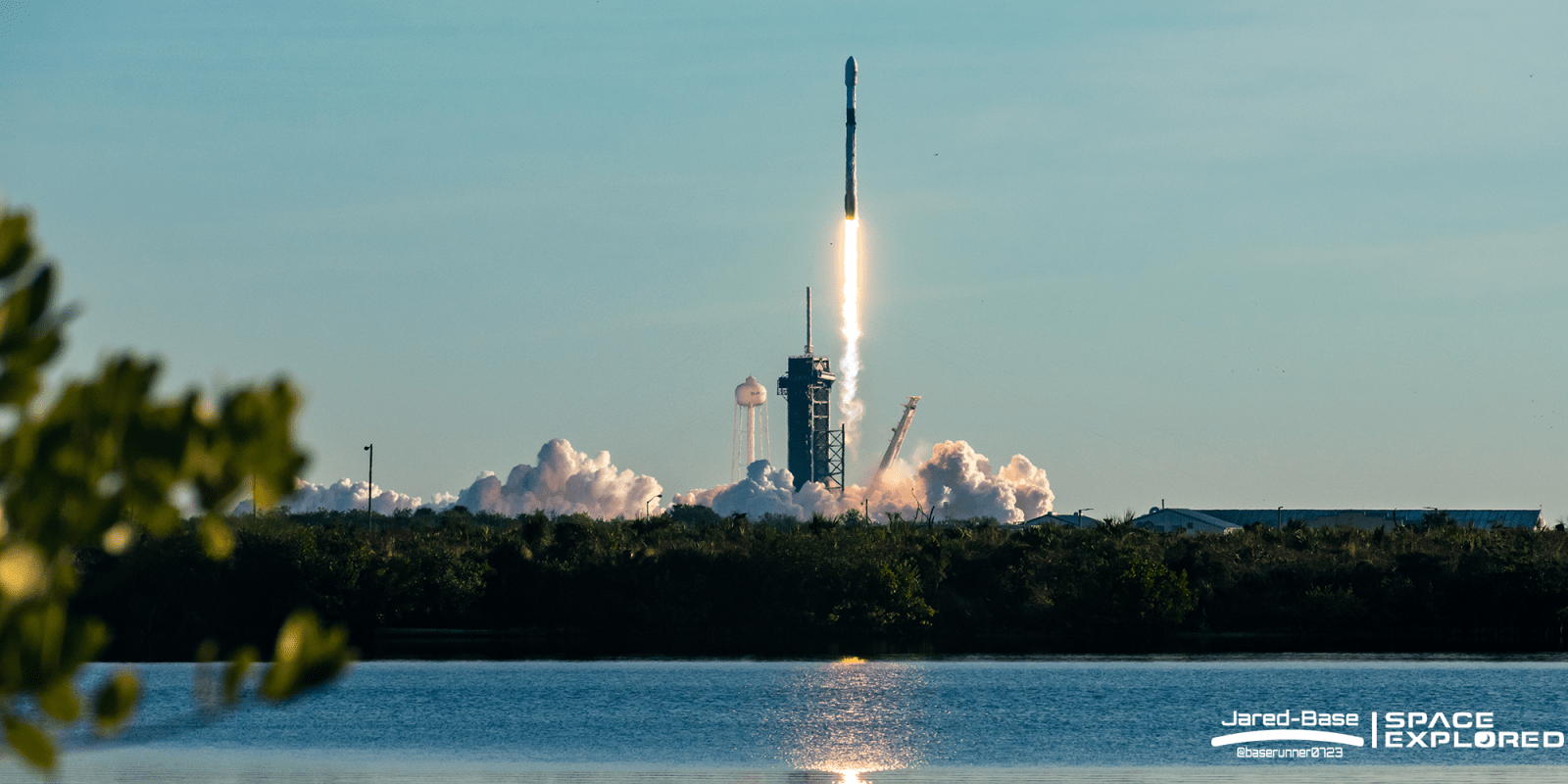 The United States Space Force operates the GPS constellation that we use every day to know where we are. Tomorrow, SpaceX will launch a new GPS III satellite, built by Lockheed Martin, into orbit to expand and upgrade the constellation that was been active since 1978. The launch window opens at 12:09 p.m. and lasts 15 minutes.

SpaceX’s Falcon 9 rocket is the workhorse of commercial launches into Earth orbit. The partially reusable rocket is powered by 9 Merlin engines on the first stage and a single vacuum optimized Merlin on the second stage. The Falcon 9 has launched a total of 121 times with a 98% success rate, making it a highly trusted vehicle among the commercial, scientific, and defense sectors.

B1062 is no stranger to launching GPS satellites into space. This will be the booster’s second flight and for its first mission, it launched GPS III-04 at the end of last year. This mission will mark the first time a defense mission will use a flight-proven booster instead of requiring it to be on a brand new booster.

As we get further into Florida’s wet season, weather for launches becomes a bigger and bigger concern. Already we are seeing tropical systems in the Gulf and Atlantic Ocean that might affect the region’s weather. Currently, Space Force Delta 45 gives the launch a 70% probability to meet weather requirements for the midday launch. The current concern is the instability in the current system in the region that will bring clouds into the area.

An additional risk for tomorrow is the upper-level wind shear. This is when the rocket flies through different levels of the atmosphere and wind speed and direction change regularly. Falcon 9s are very susceptible to this and is the biggest concern for whether or not we will see a launch tomorrow. For the backup day on Friday, the concerns of the clouds stay and we have the same probability of 70% but upper-level wind shear doesn’t seem to be an issue.

Tuesday 1:20 p.m. EDT: The Falcon 9 second stage performed its second second engine burn to insert the payload into its proper orbit. In about 20-30 minutes we should see payload deployment.

Tuesday 12:20 p.m. EDT: The second stage will now coast for about an hour before relighting its engine.

Tuesday 12:17 p.m. EDT: The booster has landed on the droneship, slightly off-center but a perfect landing.

Tuesday 12:17 p.m. EDT: The first stage landing burn has begun and the second stage engine has shut down.

Tuesday 12:14 p.m. EDT: The second stage engine has started and the first stage began its descent back to Earth.

Tuesday 12:13 p.m. EDT: MECO: Main engine cut-off, the 9 Merlin engines have shutdown and the first stage will now separate from the second stage.

Tuesday 12:11 p.m. EDT: The Falcon 9 rocket has passed through Max-Q which is the point where the rocket has the most aerodynamic pressure on it. At this point, the vehicle is supersonic.

Tuesday 12:06 p.m. EDT: The tanks inside the Falcon 9 are pressurizing for the strongback to begin retracting which has begun.

Tuesday 11:55 a.m. EDT: SpaceX’s live coverage of GPS III SV05 has begun on their YouTube and other social media pages.

Tuesday 11:50 a.m. EDT: Venting has begun on the Falcon 9 which shows we are now 20 minutes away from launch.

Tuesday 11:40 a.m. EDT: The last weather report came out yesterday showing a 70% chance of good weather. Currently, clouds aren’t looking like a concern but the final go for weather will come later in the countdown.
Less than 30 minutes away from launch SpaceX has begun fueling the Falcon 9 rocket with fuel and liquid oxygen.

Tuesday 11:25 a.m. EDT: Hello and welcome to the live blog coverage of SpaceX’s GPS III SV05 mission. The media have arrived at the press site and if you want to listen in to the mission control audio, SpaceX’s stream of it has gone live on their YouTube channel.