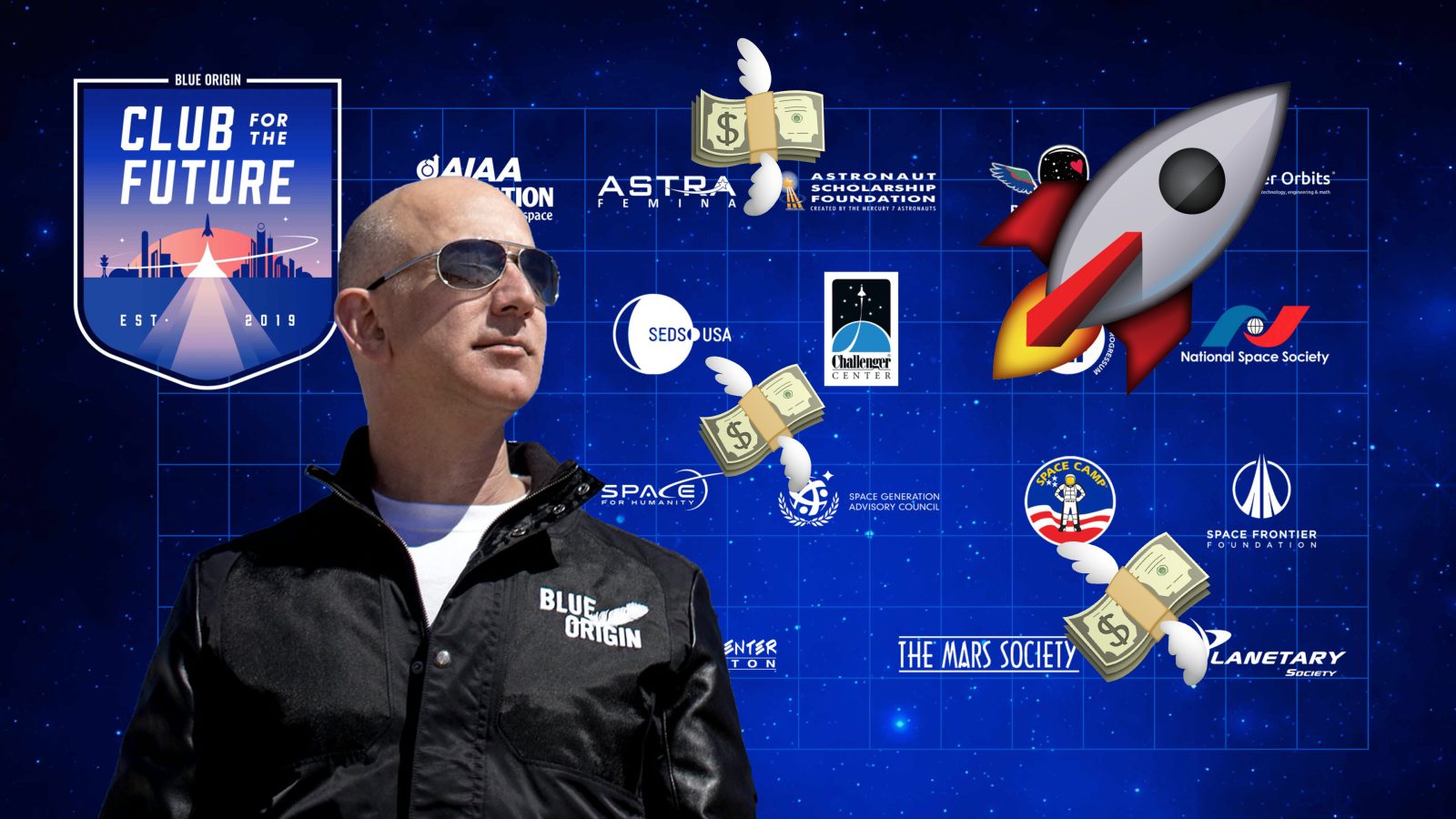 Today was a great day for Jeff Bezos and Blue Origin. Bezos is making a $200 million dollar donation to the Smithsonian National Air and Space Museum, while the charity Club for the Future is making 19 $1 million grants to space-related organizations.

Blue Origin’s Club for the Future

Club for the Future is Blue Origins non-profit, created in 2019, aims to inspire generations to pursue careers in STEM. They primarily do this through their Postcards to Space program, where anyone can send a postcard that will be launched into space on Blue Origin’s New Shepard then stamped and mailed back.

Club for the Future was the beneficiary for the auction to fly on New Shepard earlier this year. The auction earned $28 million dollars for the charity. Club for the Future is making use of these funds to support the Postcards in Space program, but also is also using $19 million of the donation to provide grants to charities aligned with their goals.

As recently as November of last year, Club for the Future had no plans to issue grants to other organizations, but this very positive change. Each of these charities has their place in promoting STEM education and careers, so the additional funds will certainly be put to good use.

Last year, Space Camp was in danger of closing permanently as a result of the pandemic. Space Camp has helped educate over a million people on space exploration, aviation, and robotics.

You can read more about each of the nineteen charities in Blue Origin’s post.

Jeff Bezos is no stranger to space history. From his invitation for Wally Funk to join him on the flight of New Shepard, to his search to return the F1 engines that launched Apollo 11, you can’t deny that Bezos cares about his space history.

Of the donation, $70 million will be used for renovations, while $130 will be used to build a new education center at the National Air and Space Museum, known as the Bezos Learning Center. While the Smithsonian is in D.C., they also plan to expand learning programs online. That way everyone can learn and be inspired by spaceflight regardless of location and financial means.

The National Air and Space Museum will be reopening on July 30. This donation is the largest donation to the Museum since its founding in 1846.

NS-16 Club for the Future