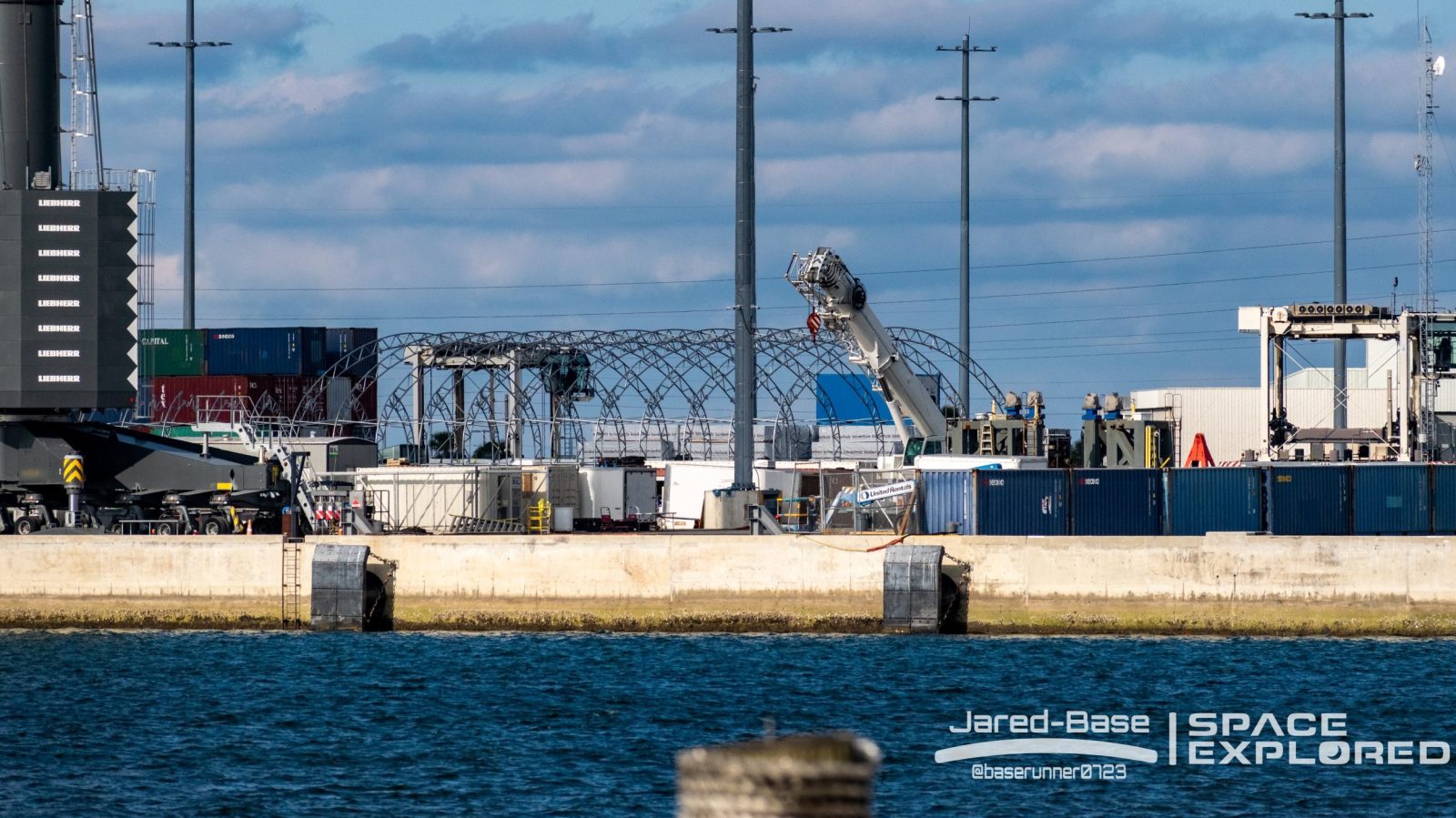 While everyone was mesmerized by SpaceX’s leaning B1051.7 Falcon 9 first stage booster returning to Port Canaveral after launching SXM-7, another interesting spectacle caught the eye of regular port stalkers: a new structure going up on the dry dock.

So what’s the mystery SpaceX tent that recently appeared in Cape Canaveral, Florida?

After some research, I discovered the permit associated with the new tent that confirms my initial suspicion. The tent is intended to be used for fairing storage as confirmed through documents in the permit.

Given the growing number of SpaceX fairing halves being recovered after each mission, it’s no surprise that SpaceX needs additional areas to temporarily house the reusable flight hardware.

From catching fairing halves in nets to fishing them out of the water, SpaceX recovers and reuses the fairing halves that fly on missions like the nearly weekly Starlink internet satellite launches. Successfully catching both sides of the fairing is a $6 million savings per mission for SpaceX.

After looking around public records, Space Explored discovered a permit that is associated with the construction of the tent. The permit confirms that the tent will be used for storage of SpaceX Falcon 9 and Falcon Heavy fairings.

The permit does specify that this tent will be a temporary structure, and it is unknown at this point how long it will remain. Perhaps SpaceX is planning on building a new structure at the port or on base for fairing processing? That is, of course, speculation on our part but would be unsurprising given the rate of launches and fairing recoveries.